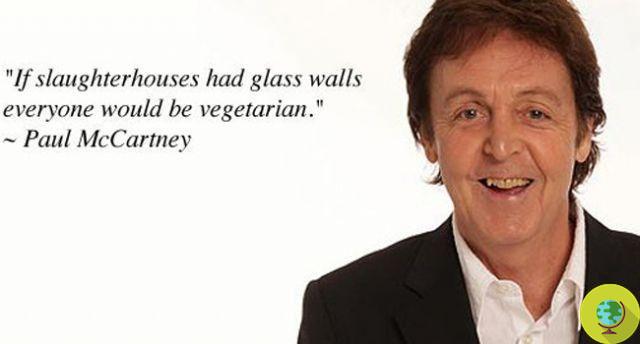 The ex Beatle launched a Meat Free Monday campaign, assisted by daughters Stella and Mary and in honor of ex-wife Linda, who died in 1998, an animal rights activist.

We share its philosophy and values, but the choice to become Vegetarians we have never been able to do it all the way through. But if we have to give up steak only one day a week, and if it's always green that tells us to do it Paul McCartney, how could we stand back?
The former Beatle launched a campaign "Meat Free Monday”(Monday without meat), assisted by his daughters Stella and Mary ed in honor of his ex-wife Linda, died 1998, animal rights activist. The website supports the initiative.
“If we dedicate one day a week not to eat meat, that's not all it is a significant change that anyone can make, but it goes to the heart of the most important political, environmental and ethical issues at once, "says Paul McCartney," Furthermore the reduction of meat consumption it involves a decrease in pollution, generates better health conditions, a more ethical treatment of animals, contributes to the fight against hunger in the world and directs the global community and political activism ”.


Vegetarians of course: goodbye to meat by 2050 ❯

add a comment of Vegetarians for a day: Paul McCartney launches "Meatless Monday"