Vegetarians and vegans suffer most from flatulence, but that's good news 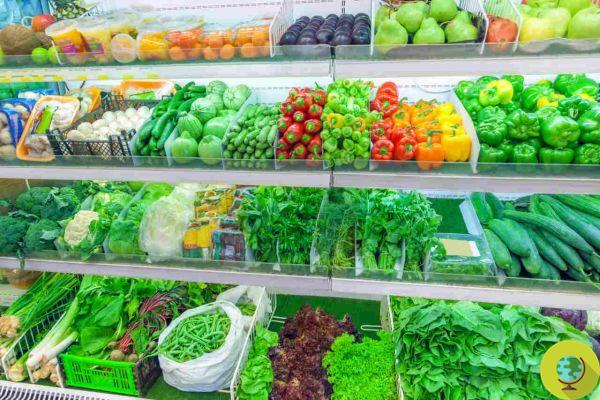 A plant-based diet causes us to pass more farts and larger feces. And this is very positive

A plant-based diet causes us to pass more farts and larger feces. But all this is not an unpleasant side effect, on the contrary it is a very positive sign: it means that we are promoting good intestinal bacteria. This was demonstrated by a research group led by the Liver and Digestive Diseases Networking Biomedical Research Center in Barcelona (Spain).


In reality it is not new that eating more vegetables but also fruit, cereals and legumes induces the formation of more voluminous stools and an increase in flatulence. However, few studies have actually measured these changes or linked them to the distribution of gut flora.

The researchers have now compared the effects on the gut of 18 healthy people of a Mediterranean-style diet consisting mostly of vegetables with a Western-style one containing fewer fruits and vegetables. The volunteers were men aged between 18 and 38 and each participant was randomly assigned the diet to follow for two weeks, and then, after a break, to start the other for a further two weeks.

The men produced a similar number of stools per day with both diets, but each issue was had approximately double in size with the vegetable diet. The volunteers collected and weighed their own feces using a digital scale and found that they produced around 200 grams per day on the plant-based diet, compared to 100 grams on the Western diet.

According to experts, this occurs because eating vegetables promotes certain types of bacteria in our gut that produce their own food by fermenting plant fiber. The extra weight of the stool is made up of the depleted bodies of these extra bacteria with water and a small amount of undigested plant fiber. An analysis then verified that some of these, which became more abundant with the vegetable diet, included Agathobaculum anaerostipes and Agathobaculum butyriciproducens.

Participants also recorded how many times a day they farted, using a portable meter, and found that their gaseous emissions were seven times higher on the plant-based diet and that each fart contained about 50% more gas, as revealed when the researchers gave the men a test bean meal and measured subsequent gas production using balloons mounted on the men's rectum.

Eating plants promotes gaseous emissions because the most frequent gases in farts are hydrogen, methane and carbon dioxide, produced by intestinal bacteria when they ferment vegetable fiber. The odor, sometimes not very pleasant, comes from traces of hydrogen sulphide gas, a by-product of the digestion of proteins.

The findings suggest that flatulence associated with consuming multiple plants should be welcomed.

Read also: Peti spies of health: here's what they reveal about your gut

The work was published in Nutrients.

add a comment of Vegetarians and vegans suffer most from flatulence, but that's good news