Vegetarian diet: an elixir of life against aging 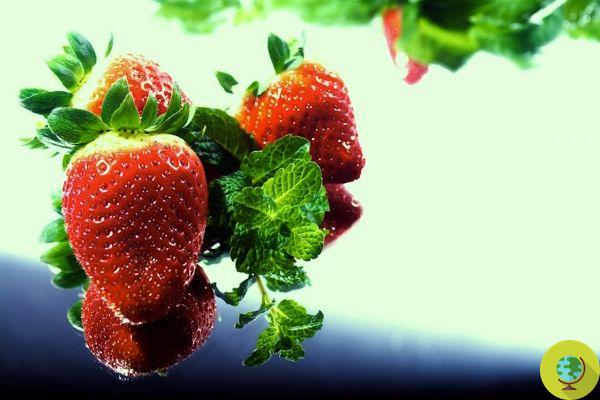 La Vegetarian diet is a cure-all againstaging and those who decide to eliminate meat from their diet live longer. This is confirmed by new scientific research, which has studied the effects of nutrition on the body in the presence of tumors. Today, Tuesday October 1, 2013, and the World Vegetarian Day, which opens the sixth World Vegetarian Week, which will end on 7 October.

The vegetarian diet and health related study was conducted by a team of Californian doctors. Experts got involved in the research 10 patients affected by prostate cancer. The volunteers were placed on a vegetarian diet. The diet followed influenced the chromosomes, with particular reference to the telomeres, of the filaments from whose length the progress of aging can be determined.

Here, then, is a new scientific proof of how our food choices can concretely affect our state of health. The positive change seen on telomeres occurred in patients with prostate cancer, but doctors are convinced that the same effects may also affect the healthy patients.

The researchers therefore underline the anti-aging effects of a vegetarian diet based on plant-based foods and recommend combining it with a healthy eating, the regular exercise, to be carried out at least for 30 minutes a day.

The results of the Californian study that flank the same conclusions reached by a similar research conducted by Loma linda university were published in the journal The Lancet Oncology.

- Make way for fruit and vegetables: 5 servings a day make you live 3 years

Weight loss diets: which one to choose? ❯

add a comment of Vegetarian diet: an elixir of life against aging