Vegan menu in school canteens: from February it will be available in Bologna 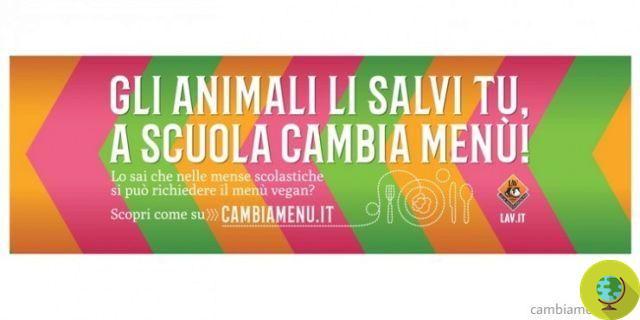 Vegan menus in school canteens, great strides are being made in Bologna. From February, parents will be able to request the vegan menu for their children. Those who wish to do so will no longer be served dishes with ingredients of animal origin, such as meat, fish, eggs, milk and derivatives.

Menu vegan in school canteens, the Bologna great strides are made. From February, parents will be able to request the vegan menu for their children. Those who wish to do so will no longer be served dishes with ingredients of animal origin, such as meat, fish, eggs, milk and derivatives.

Parents will have to request and fill in a form that will be signed by the pediatrician or general practitioner who follows the child. In the document the parents will declare the vegan choice for their children enrolled in the school canteen. There LOW with regard to the doctor's signature, she intervened to underline that it would be an illegitimate request, given this signature which must not be present as regards the request for the omnivorous menu.

Il Municipality of Bologna has taken note of the growing demand for products of vegetable origin also by those who follow a traditional diet, given that they are recent scientific research they are highlighting the possible protective role against certain pathologies given by the frequent intake of fruit and vegetables.

The Municipality of Bologna has sent a communication about the choice of the menu to all families with children enrolled in the canteen service. This possibility is given by respecting one ethical choice. In fact, canteen services should always respect the request for personalized diets both to respond to particular needs caused by pathologies (for example allergies and intolerances) and for food choices linked to cultural, religious or ethical reasons. And the vegan choice is one of the ethical reasons.

Request a alternative menu in reality it is already a right for everyone, but unfortunately parents often encounter various difficulties when they turn to schools, canteens and municipalities to communicate their choice and to ask for it to be respected.

The hope is therefore that more and more schools, canteens and municipalities will follow the example of tolerance and respect of Bologna and that parents are not hindered in making choices for their children. It would then perhaps be necessary to review and improve the standard menus of the canteens in general, in order to make more fruit and vegetables available to all.

BUDRIO, THE MUNICIPALITY THAT GIVES ADVANCED FOOD FROM THE SCHOOL CANTEENS TO THE KENNELS

Mental trainer: how to educate the brain to make healthy foods tastier ❯

add a comment of Vegan menu in school canteens: from February it will be available in Bologna