Up to 25 cups of coffee are not bad for the heart. A new study says so 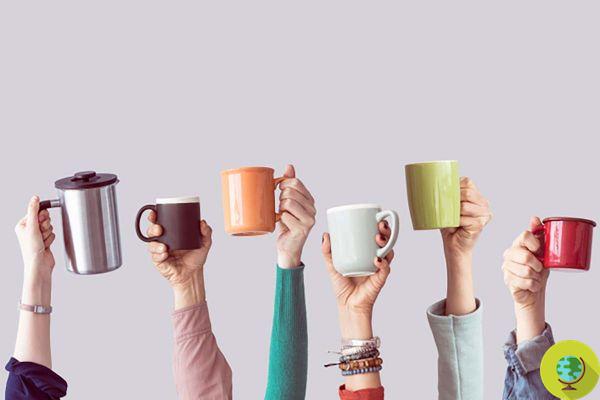 A new study on coffee arrives from London, destined to cause discussion. According to the researchers, in fact, even 25 cups of this drink per day would be harmless to our body.

A new study on coffee arrives from London, destined to cause discussion. According to the researchers, in fact, even 25 cups of this drink per day they would be harmless for the health of the cardiovascular system.


Coffee lovers will rejoice in knowing that, practically, they can drink as many cups as they want each day, at least if they refer to a recent study from Queen Mary University of London. This research seems to have found that it is possible to drink up to 25 cups of coffee per day without affecting the heart.

Previous studies suggested that this drink can cause artery problems and increase the likelihood of heart attack or stroke. However, the new research, presented at a conference in Manchester, refutes the results obtained to date.

The sample examined was 8.412 participants, divided into three groups:

Taking into account age, weight, and whether or not they were smokers, the participants then underwent cardiac magnetic resonance imaging (MRI) and other tests to help establish cardiovascular health.

The result is certainly interesting even if probably questionable (or at least to be explored): coffee is not that bad for the cardiovascular system as previously thought. Even those who consume very high doses of coffee, in fact, are not more likely to have artery problems than those who drink it in moderation.

Basically, according to this study, drinking up to 25 coffees per day is no worse choice for heart health than drinking less than one cup per day.

Given the place where the research took place, we hardly believe it could have been espresso but, in any case, we advise you not to overdo the consumption of this drink.

In fact, even if total safety for the heart were confirmed (even at high doses), it still remains stimulating and potentially harmful, especially for people more sensitive to caffeine.

add a comment of Up to 25 cups of coffee are not bad for the heart. A new study says so