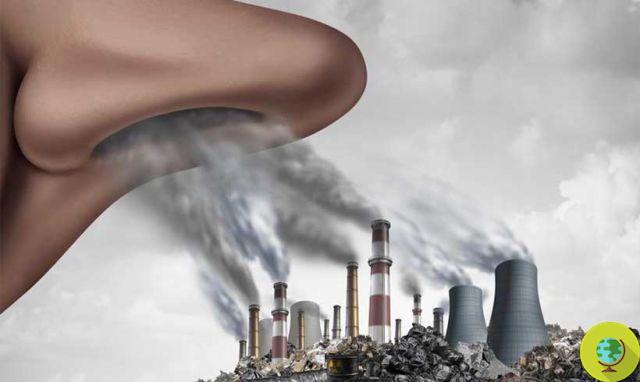 Unpleasant smells? They are the ones who create the most powerful memories, even if not linked to the same scents ...

If it stinks, we remember it. The claim, which may seem obvious, is actually the result of much broader research by New York University and in particular by the Department of Psychology, where a team of scholars has shown that unpleasant smells create more powerful memories, even if not related to the smells themselves.


In general, negative experiences affect our ability to remember events from the past, and also fall into this category smells unpleasant, which, although not in general a source of real trauma, can remain particularly indelible in our memory, so much so as to make the events associated with them (even independently) much more powerful memories.

The study was conducted by administering a learning task to volunteers between the ages of 13 and 25, who were asked to observe images while wearing a nasal mask connected to an olfactometer. This technique allowed the researchers to evaluate memory for images associated with a bad smell.

However, since a smell is not "bad" in an objective way, the volunteers breathed in a variety of smells and indicated which ones were unpleasant before the experiment began (mixtures of chemical compounds supplied by a local perfumery as well as rotten fish and manure) .

While the people involved looked at the images, the scientists measured the sweating of the palm of the hands, a common research technique used to confirm the creation of a negative association (in this case a bad smell). The next day, the researchers tested the participants' memory on the images shown.

Result? Both teenagers and adults showed one better memory for images coupled with bad smell 24 hours after viewing these images, and even those showing greater arousal responses at the time of possible bad or good smell had better memory 24 hours later, regardless of whether the smell was actually being delivered, suggesting that the unpredictability associated with the result leads to more solid learning.

And, as often happens, the results are not just a scientific curiosity, because they open the doors to new avenues of knowledge of learning mechanisms and of memory itself, fields still subject to studies and a thousand surprises.

"These results show that bad smells are capable of producing memory improvements in both adolescents and adults - explains Catherine Hartley in this regard  who led the study - outlining new methods for studying learning mode of positive and negative experiences.

Not only. In fact, it is known how a negative experience leads to sometimes improper generalizations (if we are bitten by a dog, it is likely that we will be afraid of all dogs). And this is a mechanism that can have repercussions on the quality of life.

“The generalization and persistence in the memory of learned negative associations are fundamental characteristics of anxiety disorders, which often emerge during adolescence, ”notes Hartley.

We will therefore, perhaps, have a new way to study these mechanisms and, who knows, perhaps to intervene before it is too late.

The work, funded by the National Science Foundation, was published in Learning Memory.

Can essential oils make men's breasts grow? Here are the "indicted" ones ❯