United States: One million tons of plastic waste ends up in the wrong place 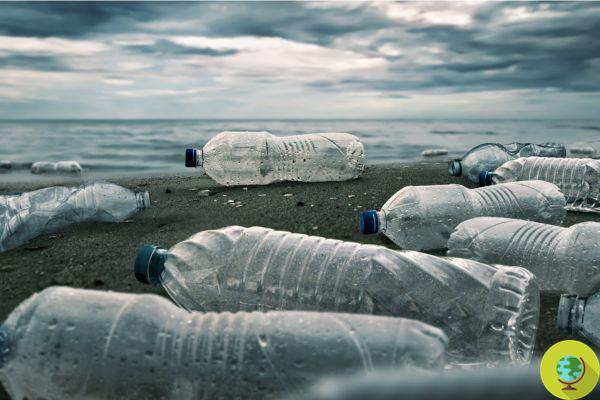 According to a new study, the United States ranks third among the countries most responsible for plastic pollution

Over one million tons of plastic waste produced in United States they end up where they shouldn't.


These are the worrying results of a new study, recently published in the journal Science Advance.

Of the whole plastic thrown away, between 2,7% and 5,3% - more than a million or even more than two million tons - in 2016 was not disposed of properly and did not reach landfills and plants US recycling.

Part of the waste was sent to other countries where it is not recovered and the remainder was released into the environment, in rivers, lakes and oceans.

The study estimated that i plastic waste that ended up in the ocean they could be between 510.000 and one and a half million tons.

An enormous amount that would make the US third place on the podium of the worst countries in the world regarding the plastic pollution of the oceans.

Previous studies had never included America among the nations most responsible for plastic pollution because the US Environmental Protection Agency (EPA) only documents waste that reaches landfills and recovery sites and does not collect information on waste that escapes the canals. disposal officers.

This new research therefore offers a more realistic view of how waste is managed in the United States and emphasizes the need to take action to stop the plastic waste crisis.

Selfish: the shocking short film that shows us how we are filling the oceans with plastic

As early as next year, many countries will no longer accept US waste exports thanks to new international agreements but they are needed investments in more modern and efficient recycling technologies and to create new business models that support waste reduction.

add a comment of United States: One million tons of plastic waste ends up in the wrong place