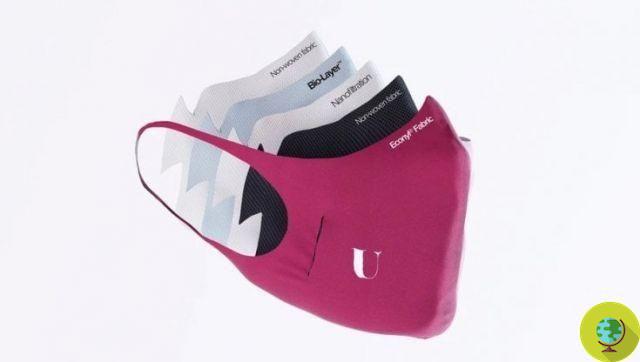 Stop the sale of the U-Mask Model 2, the biotech fabric masks worn by politicians and influencers already in the crosshairs of the Antitrust and the Milan prosecutor's office. Now comes the official ban on sales from the Ministry of Health.


The decision comes after the carabinieri of the Nas of Trento reported to the Ministry of Health that the U-mask model 2 masks were certified as a medical device based on the declaration of a laboratory without authorization, signed, among other things, by a subject without degree. Hence the measure of the dicastery of Hope to withdraw them from the market and prohibit their sale.

Thus comes the epilogue of a story that began, among other things after a report by Striscia la Notizia which had led the Milan prosecutor to investigate for fraud in the trade (Article 515 of the criminal code) as the filtering capacity of the device would have been lower than declared. Hence the seizure and subsequent infringement procedure by the Antitrust for misleading advertising.

The company producing the biotech mask so often seen on the faces of politicians and VIPs such as, for example the Ferragni sisters, had always reiterated the correctness of the documentation to the accusations:

“The U-Mask product fully complies with the relevant regulations and laws. All the technical documentation relating to our devices was at the time sent, as required by law, to the competent Authorities, i.e. the Ministry of Health, which, having acknowledged the correctness of the attached documentation and the technical tests carried out, ordered their approval. and registration as class one medical devices ".

In recent days, the Altroconsumo test had also arrived in defense of U-mask with laboratory tests that showed how the famous reusable mask had a filtering efficiency of 98% even after 5 washes (READ also Washable masks work, promoted from Altroconsumo. Decathlon and Pompea better than the test)

After the intervention of the NAS, however, and the finding of inconsistencies in the certification documents as a medical device, the Ministry could not do anything other than order the immediate withdrawal and stop the sale of the U-Mask Model 2.

Furthermore, the Guarantor had challenged the misleading advertising to the company because even on the site and in the communication of the product it was alluded - with ruthlessness - to the typical protection capacity of FFP personal protective equipment (FFp2 and FFP3 masks and not to those of surgical masks instead, a category to which it belonged according to the certification of “medical device.” Certification now also contested.

And now the Ministry highlights the "potential significant health risks" deriving from the absence of a regular evaluation process.

All about broccoli sprouts: properties, how to grow them and why you should include them in your diet ❯