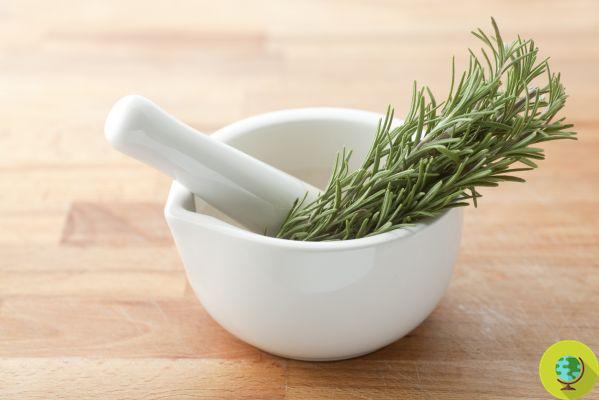 Oregano and rosemary, two aromatic and medicinal plants very popular in the kitchen, are rich in beneficial substances. Now new scientific research has shown that their use to fight diabetes could be as effective as common medicines.

Oregano e rosemary, two aromatic and medicinal plants very popular in the kitchen, are rich in beneficial substances. Now new scientific research has shown that their use to counter the diabetes may be as effective as i common medicines.


Experts have highlighted that the method of growing oregano and rosemary can make a difference in the substances contained in these plants and have identified the most promising characteristics of both. The new study was published in the Journal of Agricultural and Food Chemistry with the title of "Bioactive Compounds from Culinary Herbs Inhibit a Molecular Target for Type 2 Diabetes Management, Dipeptidyl Peptidase IV".

READ also: Diabetes: 10 myths to dispel about the nutrition of diabetics

As remembers theAmerican Chemical Society, in 2012, type 2 diabetes in the United States affected more than 8% of the population and cost the country $ 175 billion. Some people can manage the disease thanks tophysical exercise and changes in diet, while others take medicines. But not everyone, according to Elvira Gonzalez de Meja and colleagues, can afford to buy medicines or really change their lifestyle.

Here then help that comes directly from nature, thanks to oregano and rosemary that they help lower blood glucose levels. The researchers tested four types of aromatics, both greenhouse-grown and the dried version commonly sold.

They wanted to evaluate their ability to interact with diabetes-related enzymes, the same target that is used for the choice of medicines. They thus found that rosemary and oregano grown in greenhouses contained more flavonoids and polyphenols compared to dried versions. But the cultivation method did not affect the concentration of substances capable of inhibiting the diabetes enzyme.

The commercial extracts of greek oregano, Mexican oregano e rosemary were found to be the most effective for inhibiting the enzyme and reduced risk of type 2 diabetes. However, further studies will be needed to investigate the subject. Finally, second a previous search, there are other natural aids to fight diabetes, starting with cinnamon, which helps reduce blood sugar, but also LDL cholesterol and triglycerides.

Diabetes: the 10 most common early symptoms