Type 2 diabetes: does eating cheese reduce the risk of getting sick? 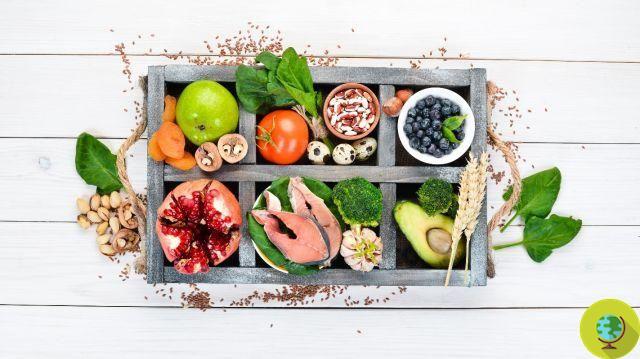 Can Eating Cheese Help Prevent Diabetes? Diabetologist Ulrika Ericson presented the results of a new research at the latest EASD congress, the European Association for the Study of Diabetes, now underway in Vienna.

Eat cheese can be useful for prevent diabetes? The diabetologist Ulrika Ericson presented the results of a new research at the latest EASD congress, the European Association for the Study of Diabetes, now underway in Vienna.


According to the results obtained by the researchers of theLund University, in Sweden, the consumption of 8 servings of cheese per day it could be associated with a risk reduction to develop the 2 type diabetes equal to 23%. It is possible that the fats in cheese affect insulin sensitivity and glucose metabolism. But beware: it is ahypothesis still to be proved.

Lo study evaluated the relative data at approx 27 thousand people. 60% were represented by women aged between 45 and 74 years. The researchers considered the correlation between the type of fat consumed and the risk of getting type 2 diabetes.

According to experts, those who consume a lot of cheese have a lower risk of developing type 2 diabetes than the average. Who ate yogurt has seen one 20% reduction in the risk of diabetes, while the figure fell to 15% for those who consumed cream. Light cheeses, or other dairy products marketed as low-fat, would not have yielded positive results.

Instead, it is confirmed that eating meat increases the risk of diabetes, specifically 24% for lean meats and 9% for fatty meats. This is sobering about the role that fats could play in reducing the risk of diabetes. The study, in the opinion of Dr. Ericson, suggests that fats in dairy products show at least some protective effect against diabetes. The same effect is not valid for meat.

In the expert's opinion, in any case, it is the diet as a whole that is important and "therefore, dairy products with a low fat content cannot be recommended even to those who are overweight, because they still have a high energy density ".

Pushing the consumption of a single food is considered wrong. I study suggests thatUnlike the animal fats contained in meat, the fats present in cheese could play a role in preventing type 2 diabetes. The expert stated that the study results still need to be interpreted with caution. For now it is only hypothesized that a substance present in milk fats, conjugated linolenic acid (CLA), may play a role in the acquisition of lean mass.

Type 2 diabetes: 10 foods and tips to prevent it A Touch of Turmeric to Prevent Diabetes Diabetes: The 10 Most Common Early Symptoms
Type 2 diabetes: oregano and rosemary to lower blood glucose levels ❯

add a comment of Type 2 diabetes: does eating cheese reduce the risk of getting sick?