Two injections a year for high cholesterol. The UK will use a new gene silencing drug 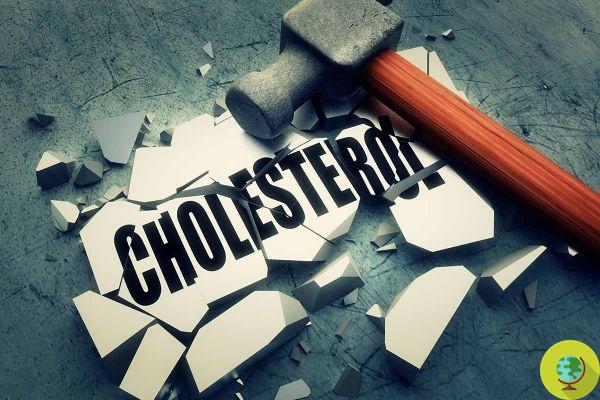 After the release of two studies confirming its effectiveness, the UK has approved the use of the drug Inclisiran against high cholesterol

In the United Kingdom, the national health service has recently approved the use of a new drug capable of lowering cholesterol levels thanks to a gene silencing action. It will be offered to 300 people over the next three years.


THEInclisiran is the drug in question that the UK health system intends to prescribe mainly to patients suffering from a genetic condition that leads to high cholesterol but also to those who have already had a heart attack or stroke or to those who do not respond well to others cholesterol-lowering drugs.

Therefore, the experimentation carried out last year on this drug seems to have been successful: Two injections a year to lower cholesterol. UK government tests new treatment to reduce mortality

And, after two analyzes presented by Novartis (the company that produces the drug) at the 2021 ESC Cardiology Congress, confirmed its effectiveness as a prolonged reduction in LDL cholesterol, now the UK Health Service has given the green light to use of this treatment.

As stated in the note from NHS England, which communicates the news on the drug:

The revolutionary treatment has been rolled out across the NHS following clinical trials that have shown that Inclisiran reduces the level of a type of fatty substance called LDL-C found in the blood.

The drug, which will be administered in an initial dose, then after three months and finally twice a year, uses a technique known as "gene silencing" which, in practice, by targeting a particular gene and preventing it from producing a specific protein, is to act on the underlying causes of the disorder and not on the symptoms.

Generally, treatments that use gene silencing are used to cure rare genetic diseases and this is in fact the first time that they will instead benefit people who have a much more common and widespread disorder in the population.

The innovative cholesterol-lowering drug, which will be given in conjunction with statins, uses RNA interference (RNAi) to increase the liver's ability to remove harmful cholesterol from the blood.

Heart disease remains the leading cause of death worldwide and accounts for around a quarter of deaths (140) in England each year. But, as NHS England communicates:

It has been estimated that Inclisiran could prevent 55.000 heart attacks and strokes, saving 30.000 lives within the next decade.

Several other gene silencing drugs are currently being studied to develop potential treatments for a wide variety of other disorders, including certain types of cancer (melanoma, prostate, pancreas, brain), eye disorders such as age-related macular degeneration and glaucoma but also for neurological and brain disorders including Alzheimer's.

add a comment of Two injections a year for high cholesterol. The UK will use a new gene silencing drug