Turmeric, what are the scientifically proven properties and benefits?

La turmeric, which has always been used in the East both in cooking and as a curative remedy, for some time it has been attracting more and more attention from the Western world, with particular reference to science. In fact, more and more studies and researches aim to deepen the properties and benefits of turmeric.


La turmeric (Curcuma longa) is a plant that belongs to the same family as the ginger. It is also known as Indian saffron. The turmeric plant uses the root that can be eaten fresh or dried and reduced to powder to use it as a natural remedy or as a condiment.

We had already told you about turmeric and its beneficial properties. Now let's delve into what they are the scientifically proven benefits of turmeric and curcumin, the active substance present in the turmeric which makes it so valuable to health.

Turmeric strengthens the immune system and protects our body from infections. To underline this is a study conducted by scientists at Oregon State University, who analyzed the effects of turmeric, and in particular of curcumin (a fundamental substance contained in turmeric) on the activation of a gene in the immune system. Curcumin would increase the levels of a protein called CAMP, which regulates the innate immune response, which is essential to protect the body from viruses and bacteria.

According to recent studies, add regularly 1 gram of turmeric daily breakfast could reduce cognitive impairment in older people. The experts found that administering 1 gram of turmeric with breakfast improved the memory skills of the patients who participated in the study, compared to those who were given a placebo. The study in question was published in the Asia Pacific Journal of Clinical Nutrition.

The properties of turmeric as a remedy to improve the brain's power to repair itself were highlighted by a search recently published in the scientific journal Stem Cell Research and Therapy. The study carries the title of “Aromatic-turmerone induces neural stem cell proliferation in vitro and in vivo”. This is an important step forward in regenerative medicine and the identification of substances that can promote the differentiation of stem cells into neurons.

Turmeric as a natural pain reliever

Numerous researches are highlighting the benefits of turmeric such as natural anti-inflammatory and pain reliever. The recommended dose of turmeric to take every day ranges from 3 to 5 grams. Studies have highlighted the difficulty for our body to be able to absorb it and then use it to the fullest. However, it has been seen that, to improve this aspect, it is excellent to combine turmeric with a little black pepper (a pinch of a teaspoon is enough) or alternatively a fat (for example olive oil).

Read also: Turmeric: what happens to the body if we take a tablespoon a day

Turmeric as a natural antidepressant

A search conducted at the Medical College of Bhavnagar in India and published in the journal Phytotherapy Research which found that turmeric is very useful in case of trough. The team of the Pharmacology department wanted to compare the effects, but also the safety, of a turmeric extract (1000 mg) and Prozac (fluoxetine 20 mg) used together and individually for 6 weeks on 60 patients diagnosed with DCS. , or major depressive disorder. The result? The effect of high-dose turmeric is similar to that of Prozac and causes no side effects. 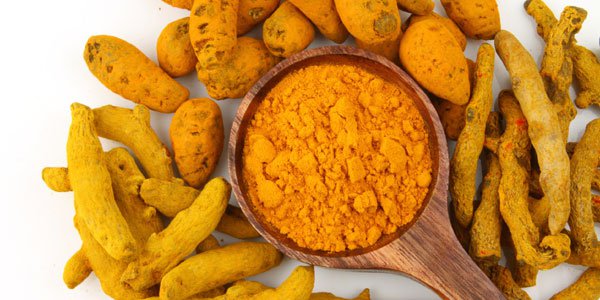 Does turmeric prevent heart attacks? All about curcumin, the main biologically active component of turmeric. The results of a study published in the American Journal of Cardiology found that taking a 1 gram curcumin capsule 4 times a day prevents heart attacks in patients who have undergone bypass surgery.

According to researchers at the University of Michigan Comprehensive Cancer Center, a compound derived from turmeric, named FLLL32, would be able to increase the sensitivity of cancer cells to chemotherapy. Consult Thu the study dedicated to the FLLL32 compound and its action on cancer cells.

In recent years, researchers have delved into curcumin's ability to repair the damage caused by stroke. In particular they focused on a experimental drug named CNB-001, made from turmeric. The drug could reduce the motor and muscle injuries and deficits caused by stroke but further investigations will be needed to verify the application of the drug in humans. THU more information.

According to one study conducted in 2014, the drug CNB-001, obtained from curcumin, the most interesting active ingredient present in turmeric, would have interesting neuroprotective properties and strong therapeutic potential for the treatment of Parkinson's disease. We await further studies to understand how the drug can be used in the future for Parkinson's disease and beyond.

Uno study conducted by Thai researchers in 2012 highlighted that turmeric could be useful to prevent or at least delay the development of type 2 diabetes mellitus in people at high risk of developing the disease. The credit is due to curcuminoids, their anti-inflammatory properties and the effectiveness of turmeric itself in regulating blood sugar levels.

Also Read: A Touch Of Turmeric To Prevent Diabetes

See also our video on benefits and properties of turmeric

Curcumin: The unexpected sleep and anxiety benefits of the turmeric supplement ❯

add a comment of Turmeric: all scientifically proven properties