Tumors: Learn about the Peto paradox, the biological conundrum about cancer formation 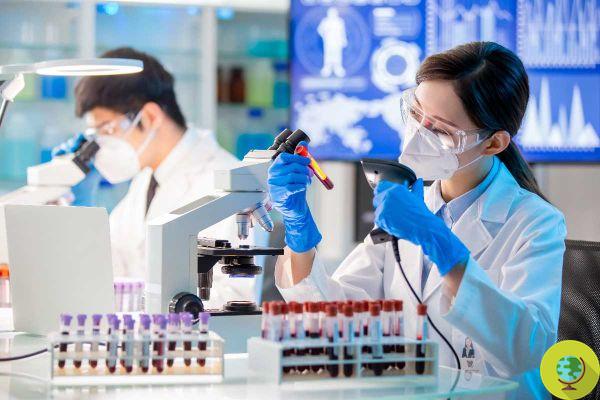 According to the Peto paradox, the size and longevity of species could affect the risk of cancer

According to the Peto paradox, the size and longevity of species could affect the risk of cancer


Il cancer it is still among the most aggressive diseases in the world, affecting millions of people every year despite advances in scientific research. This disease attacks the cells of our body, and the more cells a given living being has and the longer it lives, the more likely it is to accumulate harmful cellular mutations that can lead to cancer.

However, there are many animals with huge cell populations, including elephants and whales, that not only survive to old age, but have remarkably low cancer rates. This Biological puzzle bears the name of Peto's paradox. In short, the paradox says that species size and longevity should be proportional to cancer incidence, but real-world data between species suggests that this association does not hold.

A new study explored the recent implications of the Peto paradox and highlighted what science is learning about cancer through the tree of life. The researchers analyzed the largest database of cross-species of its genus - a pool of adult mammals from the zoo's records, which includes 110.148 individuals spanning 191 species.

The goal was evaluate species-specific cancer mortality rates in a broad assortment of mammals, reexamine the claims of the Peto paradox in a rigorously quantitative manner, and explore possible tumor suppression mechanisms relevant to fighting the disease in both humans and animals.

The study provides the most thorough assessment of the Peto paradox to date. The results offer conclusive evidence that the cancer mortality risk is largely independent of body mass, and adult life expectancy between species. The solution to the paradox lies in the fact that the evolution of greater size and longevity in species has been accompanied by the co-evolution of powerful cancer resistance mechanisms.

The fight against cancer has seen some recent victories: in fact, according to the American Cancer Society, annual statistics for 2020 reveal the largest one-year drop in cancer mortality ever recorded. Yet despite significant advances in diagnosis and treatment, the disease remains a leading cause of death.

The development of the disease is not limited to humans; in fact, the new study reports a significant cancer burden among some mammalian species, where the death toll in the adult population can reach 20-40%. Furthermore, the disease is hardly democratic in the selection of its victims, since, some species have significantly higher or lower cancer rates, for reasons the researchers are trying to analyze.

The new study explores some of the causes, including the diet. It turned out that disparity is closely associated with nutrition, with most high rates of cancer found in mammals that consume other mammals, although other factors also play an important role. Among these are the cell mutations, which can occur when DNA copying mechanisms fail to faithfully duplicate the genetic code. Environmental factors, such as radiation, can also damage DNA integrity, leading to mutations. Most of these have no perceptible effect on the health of an organism; some, however, trigger a devastating chain reaction, leading to cancer.

Another key factor is theaccumulation of mutations over time, with age being a key risk factor for cancer. The trend is easily seen in a variety of species, including dogs and humans. But while this rule applies within a given species, researchers see something very different when looking at a wide range of different species, where large animals live long with low rates of cancer.

This apparent contradiction was first expressed by theepidemiologist Richard Peto. The latter studied cancer rates in humans and mice, finding the incidence of cancer in the two species roughly equivalent. Given that humans have around 1000 times more cells than mice and live 30 times longer, this presents a conundrum. Even more surprising is the observation that large, long-lived wild animals do not appear to show a much greater propensity for cancer.

Although the fundamental insights into the Peto paradox have long been recognized, scientific confirmation has been challenging. Until now, the available data in terms of sample size, age distribution, species kinship and causes of mortality have been insufficient to draw firm conclusions. The current study, on the other hand, uses a large dataset known as the Zoological Information Management System (ZIMS), which collects detailed information on age, sex, status and post-mortem pathological data for non-domesticated adult mammals.

A high risk of cancer was observed in the survey among the zoo's carnivores. This may be due touse of progestogens and other forms of contraception hormonal, as well as postponing pregnancy in zoo animals. Both factors have been linked to the development of human cancers, as well as in non-domestic cats. Yet researchers have determined that contraceptive practices cannot fully explain the increased risk of cancer among carnivores; rather, a diet seems to be the determining factor.

Carnivores typically consume a high-fat, low-fiber diet, which is a known risk factor. Furthermore, the consumption of meat can expose carnivores to various pathogens, which have been linked to the processes of tumor formation. Viruses, in particular, can present a significant risk of cancer, with the 10-20% of all cancers believed to have a viral origin.

Further analysis of the zoo's data showed that among carnivores, those who consumed other vertebrates as a regular part of their diet had the highest rates of cancer, compared to carnivores who rarely or never consume other mammals. Other factors include the low diversity of the microbiome, degree of exercise in captivity or other physiological factors. Unlike carnivores, ruminants have been found to have the lowest cancer risk among mammals.

The study results confirm the central assumptions of the Peto paradox: the data show no significant association between cancer mortality risk and body mass, suggesting that natural selection of cancer resistance mechanisms in large animals is what which greatly reduces their risk of carcinogenesis. The study thus provides the basis for further research in this area and highlights the power of zoological data for future cancer research.

Tumors and metastases: it is (also) the fault of refined sugar ❯

add a comment of Tumors: Learn about the Peto paradox, the biological conundrum about cancer formation