Traces of plastic (and insects) in beer: pollution fault?

Traces of plastic in beer in the form of synthetic particles as contaminated from the world-known beverage. The reference is in particular to the German beers analyzed in a new study just published in the scientific journal Food Additives & Contaminants.

Traces of plastic (and not only) in beer in the form of synthetic particles as contaminated by the worldwide known beverage. The reference is in particular to German beers analyzed in a new study just published in the scientific journal Food Additives & Contaminants.


After the traces of arsenic identified in German beers, there is a new problem related to plastics and synthetic materials. The study in question bears the title of "Synthetic particles as contaminants in German beers”And suggests that any plastic particles represent a real one food contamination.

Tests were conducted on German bottled beers belonging to 24 brands known including the 10 best-selling brands in Germany. In each of them they have been found plastic and glass particles, as well as human skin. The good news is that according to experts none of the bottles analyzed contained traces of plastic that could make the drink dangerous.

The fact remains that the bottles of beer they contained foreign substances like plastic and glass, which no sensible consumer would ever want to ingest. The conclusion of the study is indeed quite perplexing: plastic is everywhere and it is impossible to avoid it. In part this is indeed the case, but why should there be traces of foreign substances in food or drink without the knowledge of the consumer?

According to the researchers who have been involved in studying the beers, there are currently no certainties regarding the mechanisms that cause the permanence of traces of plastic. One of the theories concerns the possibility that plastic is already present in water sources even before the beer is produced.

In German beers they would also have been found traces of insects. In any case, these would be common situations in industrial production. The beer study itself is part of a larger investigation targeting the micro-particles of plastic that would form all over the place as this material degrades.

Why were there traces of plastic in the beer? The question is open. The study points out that some companies claim to use only spring water for their own products. Under the microscope, in addition to traces of plastic, reeds were identified sand particles. 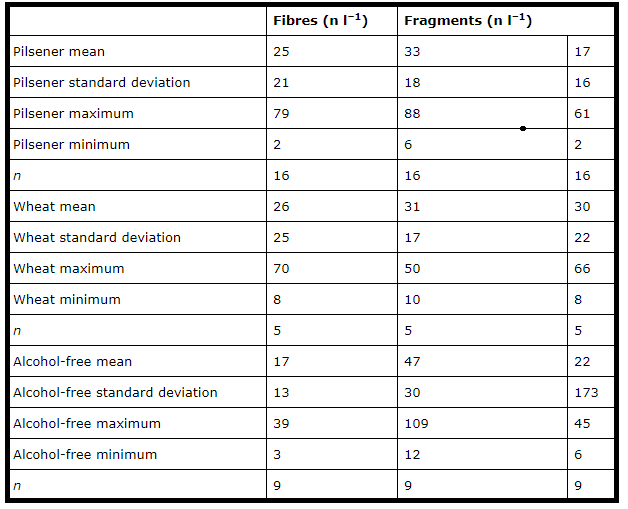 Contaminated malt and hops, bottles that are not perfectly clean and machinery malfunctions could be among the causes of the phenomenon. In some cases the filtration of beer could lead to the presence of unwanted particles in the drink, such as with regard to the arsenic mentioned above. 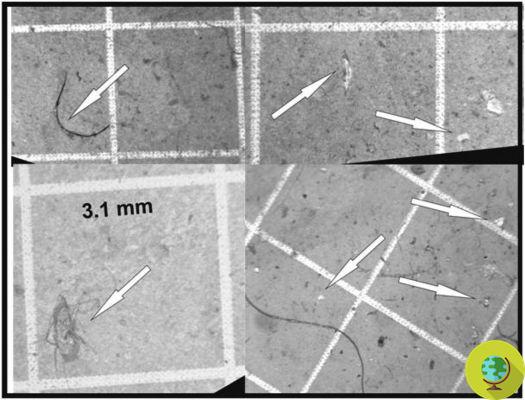 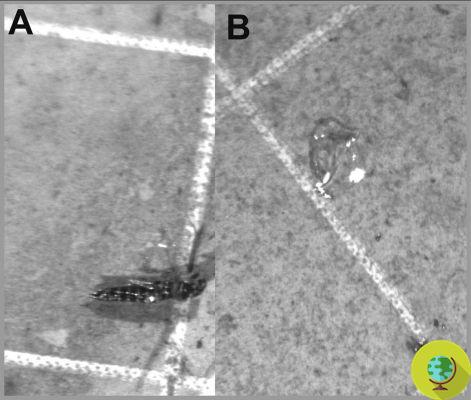 Experts worry about the consequences: whether the plastic particles have reached the beer (and perhaps, without our knowledge, other drinks or foods too), it means that they have the doors open to the human organism thanks to what we eat and drink.

Traces of arsenic in 360 German beers: the fault of filtration

Traces of aluminum in the coffee you drink. The real risks for mocha and waffles, according to some studies ❯

add a comment of Traces of plastic (and insects) in beer: pollution fault?