Traces of BPA in 86% of British teenagers 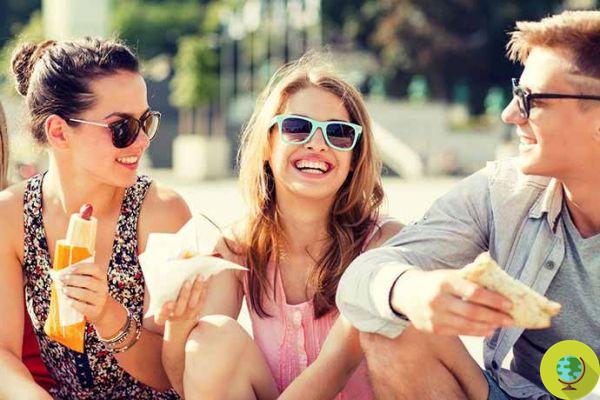 We continue to talk about BPA, bisphenol A, a substance dangerous for our health that is still too present in everyday objects. Now new research has shown that as many as 86% of British teens have traces of BPA in their bodies.

We continue to talk about BPA, bisphenol A, a substance dangerous for our health that is still too present in everyday objects. Now new research has shown that as many as 86% of British teens have traces of BPA in their bodies.


The study, conducted by a team from the University of Exeter, wanted to monitor the presence of the well-known endocrine disruptor in a group of 94 students (between 17 and 19 years old) from different schools in the south-west of England. The worrying fact is that the presence of this substance was evaluated after a week of diet aimed at reducing BPA, this means that the students were asked to avoid foods that could have come into contact with bisphenol A.

Well, despite this, the experts found traces of BPA in 86% of the boys (the data was confirmed by collecting urine samples before and after the week of diet). All this is obviously dangerous as bisphenol A, has now been established, acts negatively on the hormonal system and is linked to the appearance of breast and prostate tumors and to the low number of spermatozoa in men.

The problem is that, despite its bad reputation, BPA continues to be used in many plastic containers, water bottles, cans, dental floss, and heat-resistant types of paper, which means we all come in contact often. with this substance, most of the time without being aware of it.

This particular study aimed to see if it was possible to reduce one's BPA level by modifying the diet and specifically by following the guidelines that outline clear advice on how to avoid contact with this substance as much as possible.

In this experiment, therefore, the students used exclusively stainless steel and glass containers, they never heated food inside plastic, they always washed their hands after handling receipts and receipts, they avoided canned foods or take away. if packaged in plastic, they did not use coffee filters, etc.

The result was not comforting:

"Participants were unable to achieve a reduction in their urinary BPA during the 7-day trial period, despite good compliance with the guidelines provided."

This shows that BPA is so ubiquitous in our environment that even when we take steps to minimize exposure, it's impossible to avoid it entirely. However, the possible places of contact are not yet fully understood. The study authors say exposure could also occur through ingestion of the dust or skin absorption. However, it is good to know that the migration rate increases with higher temperatures and with time and use (which is why you should never reuse a disposable water bottle or food packaged in plastic to be heated in the microwave) .

A majority of study participants (66%) also said it would be difficult to maintain the BPA-reducing diet over the long term due to contradictory labeling, supply difficulties and the need to change food preferences.

To try to stem the situation at least in part, the researchers are calling for more consistent labels on the packaging to make it easier for people who want to avoid contact with BPA as much as possible.

On bisphenol A you may also be interested in:

The myth of the asymptomatics disappears. For the WHO, the spread of the coronavirus without symptoms is "very rare" ❯