Too much sugar shortens life 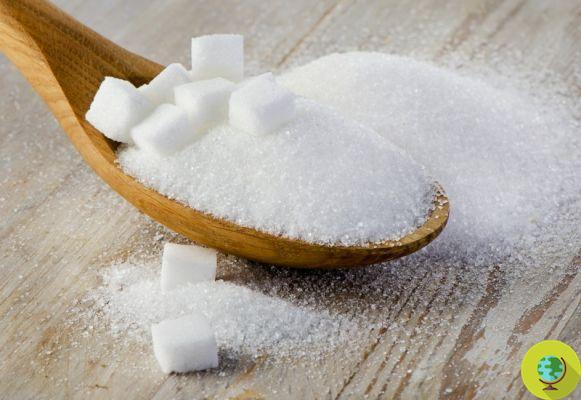 Consuming lots of sugars shortens life. The confirmation comes from a study conducted by scientists from University College London. According to the research, a high-sugar diet shortens life expectancy

Consume so many sugar shortens your life. The confirmation comes from a study conducted by scientists from University College London. According to the research, a high-sugar diet shortens life expectancy.


This is what happened to the flies during the experiment. The insects were given a high sugar content from the first days of life. The study found that this had resulted in the inhibition of a gene called FOXO, linked to the longevity of a large variety of species, including yeasts, flies, worms and even humans.

The team, which involved researchers from University College London and Monash University (Australia), compared the lifespan of female flies that ate a healthy diet containing 5% sugar with those that ate a percentage 8 times more sugar. All flies, which live on average about 90 days, had switched to a healthy diet after 3 weeks.

What surprised the researchers was that the flies that ate more sugar, even if they subsequently switched to a balanced diet, still died earlier than the others. In essence, the damage was now done and they had a 7% shorter lifespan.

This is all due to a change in the programming of the physiology of flies caused by the high-sugar diet consumed in early adulthood.

“Food history has a long-lasting effect on health, and now we know what the underlying mechanism is. We think the reprogramming of fly genes caused by the high-sugar diet may occur in other animals. We don't know if it happens in humans, but the signs suggest it might, ”said the study's first author, Dr Adam Dobson, of the UCL Institute of Healthy Aging.

READ also: 10 HEALTHY ALTERNATIVES TO SATISFY THE Cravings for SUGAR

add a comment of Too much sugar shortens life