Too many heart attacks in Taranto, too many hospitalizations even for children: industrial pollution is to blame 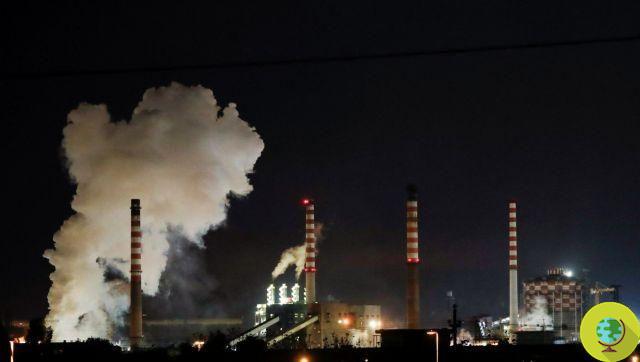 In Taranto too many heart attacks due to industrial pollution. For this PeaceLink wrote a letter to the European Commission underlining the serious situation in which the inhabitants of the Apulian city find themselves

A Taranto too many heart attacks because ofindustrial pollution. For this PeaceLink wrote a letter to the European Commission underlining the serious situation where the inhabitants of the Apulian city are located. But not only that, children also suffer from pollution.


Two studies have shown the consequences on the inhabitants of the city. The European authorities must know that unfortunately dangerous substances are found in the urine of Taranto, including il naphthalene, among the IPA carcinogenic. This is the main mass emission of the coking plant.

READ also: ILVA: LEAD IN THE URINE OF THE INHABITANTS OF TARANTO

Classified by the IARC among the substances belonging to group 2B, ie among the possible carcinogenic naphthalene was detected during the update of the Epidemiological study by the National Institute of Health.

"Exposure to industrial dust is responsible for a + 4% mortality and a specific increase in mortality due to tumor pulmonary by + 5%. Furthermore, industrial powders are associated with a + 10% increase for myocardial infarction, which means that these dusts produce not only a long-term impact (lung cancer) but also an immediate impact as heart attacks occur, as the study shows, on the same days as increases in fine dust from the industrial area”Explains PeaceLink.

READ also: FROM DIOXIN FROM ILVA TO HEMP. THE REDEMPTION OF THE TARANTO FARMER

The second study is the 2016 update of Doctor Forastiere which found an excess of hospitalizations of 24% among children in the Tamburi district, close to the Ilva steel mill. The cause? Childhood respiratory diseases.

The authorities are aware of the seriousness of the situation, given that on certain days, i wind days, when the wind rises from the industrial area, they invite the population to open the windows during the hours of least pollution. Particularly at risk are some categories of people, including children, the elderly, heart patients and immunosuppressed people.

It is however about measures that are not enough to limit the damage to public health. In light of these data Peacelink he addressed a appeal heartfelt to the community authorities:

"What other violations of Community law must occur in order for the European Commission to intervene to protect the citizens of Taranto and the workers of Ilva?".

Our thoughts can only go to the story of little Lorenzo whose life was sadly broken at only 5 years of cancer, a premature death caused by the presence of numerous foreign bodies including iron, steel, zinc, silicon and aluminum in the brain of the baby.

READ also: THE SAD STORY OF LORENZO, KILLED AT 5 YEARS OLD BY THE POISONS OF ILVA

Sadness and August fatigue: here's how to relieve the August Blues ❯

add a comment of Too many heart attacks in Taranto, too many hospitalizations even for children: industrial pollution is to blame