Tik Tok, beware: any child could fall into his own dangers. The advice of the psychologist 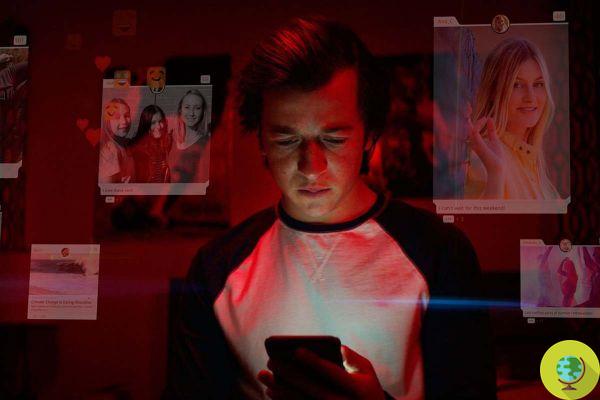 After the story of the little girl from Palermo who died from a challenge on Tik Tok, we asked the perinatal psychologist and psychotherapist Dr. Elena Costa to take stock of the situation. There is a close link between Covid and the use of social media, which no one is talking about. There is a dangerous swirl of accusations that can be read on social media in these hours, addressed to the parents of these young victim, or to the minor herself. Perhaps it is not clear that it could happen to anyone. And it is precisely this false security that makes us let our guard down. What are the real reasons that lead children and adolescents to risk their lives? And what can parents do?

What space do our children and teenagers live in today? More and more often physically confined within the walls of the house, but alone and lost in the infinite and uncontrolled space of the web.

We all live immersed in a digital environment saturated with messages of all kinds, over which it is almost impossible to have control and which can generate immediate and often misleading decodings on a mind in formation, without the possibility of having a filter or explanation by a adult who can metabolize for them the true meanings of everything that affects them.

A false sense of security then pervades the adults who believe they have them under their eyes and under control, close to them, while the children are in reality alone and far away, in a territory saturated with traps, in which it is very difficult to maintain a protected area. .

There are filters and parental controls, which instead of helping sometimes worsen the situation by generating a false sense of security, when in reality the system is constantly regenerating itself, and we should continually be on the spot to control and limit.

In which space can our children grow and compare themselves in the times of Covid?

No longer in a physical space, increasingly dangerous and feared by adults who find the only solution to confinement at home, or delegation to schools and sports centers.

With an ongoing pandemic, in which they have been passive protagonists, seeing themselves unwittingly assume the role of greasers to be segregated and marginalized, not even these places of sociality have been granted to them anymore.

So in what space? Where could these young minds, hearts, souls, curious to deal with life and with others, could meet?

Whom parents, caught up in the crazy management of home and work within four walls, have been able to ask for support?

Social media have spontaneously lent themselves to this role of babysitting or virtual playgrounds.

We naively believed that all this was free, but every service has a cost: social media is the training of the minds of the kids who have access to it, their images given to a commercial show, their likes, their purchasing choices, the profiling of their tastes and orientations.

A matter of… loneliness and a false sense of security

Really too simple to mortify the entire category of minors with the image of infectors to be confined at home, first, and then go on to mortify their parents as careless and accomplices of tragic events like that of the girl from Palermo who lost her life for a challenge on a famous social network.

Loneliness probably played a key role in this story: perhaps it would have been enough to have friends around, who would alert her, invite her to let go a moment earlier, or free her in time.

The reality is that our children are alone right now, on social media they are alone.

Yet they perceive a false sense of security and intimacy with other users, which pushes them to do things in the solitude of their bedrooms that in a group of peers in the park, among passers-by and in the comparison between different peers, in all likelihood they would not do.

Positive reinforcement becomes the like of many strangers, instead of a friend's smile or complicit look.

The gratification lies in being courageous by raising the bar of danger in the apparent safety of your home, instead of getting involved by risking to peel a knee or do something stupid for which you will then perhaps receive a reprimand. The concrete dimension of both gratification and perception of danger is lacking, in a vicious circle that alters the experience and the way of processing it.

Let's log out of Tik Tok (and reconnect to our children)

For years in the world of Psychology the issue of access to these tools has been debated and the subject of research, and for a long time now it has converged on the idea of ​​a non-opportunity to offer too early access to children and young people to resources that they would not know how to control. , but by which they risk being controlled.

A carousel of voices, likes, hearts, colors, images, which makes a world made of horrible traps look wonderful, desensitizing the danger.

But neuroscience teaches us that a pre-adolescent brain is hungry for extreme stimuli and sensations, and above all it is still experiencing "the limit" in which good and evil lie, the real border between life and death, which is not yet perceived in a way completely realistic.

As in the tale of Pinocchio who ends up in the land of toys, and for us poor Geppetto all that remains is to try to go and find these lost children, swallowed by a whale. Progress accelerates itself, Einstein said, but speed beyond a certain limit only risks making us crash.

It's time to turn around, learn to slow down, disconnect, stay.

Learn to do it ourselves, first of all for ourselves, and then to be able to create a space for our children. A space that is not only physical, but of dialogue, exchange, sharing.

Challenge on Tik Tok, the advice of the Postal Police

Timbale of pasta with friggitelli and veg bechamel ❯

add a comment of Tik Tok, beware: any child could fall into his own dangers. The advice of the psychologist