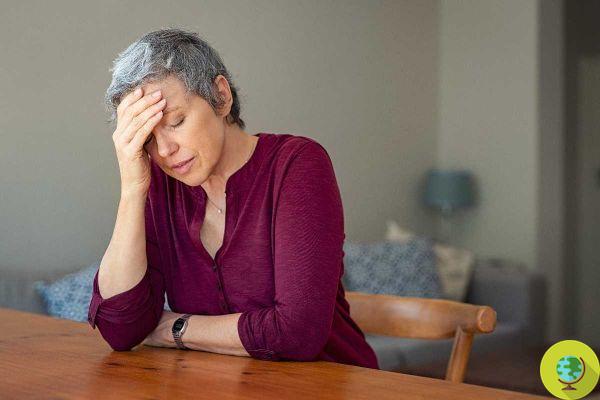 According to recent research, menopause could affect and modify memory and cognitive abilities in some women

According to recent research, menopause could affect and modify memory and cognitive abilities in some women


The researchers identified four cognitive profiles associated with menopause. The findings reveal that women who experience stronger verbal learning and memory, as well as better attention and executive function during menopause, are less likely to experience hot flashes and depression.

Women who have experienced cognitive weakness, on the other hand, have a increased risk of depression and sleep disturbances.

When does menopause begin?

The average age of menopause is 51, but it can occur anytime from 30 to 50 or beyond. Women who smoke and are underweight tend to have one early menopause. Overweight women often have late menopause. Typically, a woman tends to have menopause around the same age as her mother.

What are the symptoms of menopause?

These are the most common symptoms, but every woman can manifest them differently: some have few and less severe ones, while others have different and stronger ones.

La menopause can ruin the memory, and a new one study The University of Rochester Medical Center has identified four profiles of cognitive function, which can help researchers understand why memory declines for some women and not for others. This adds to the growing evidence of memory changes, which can occur as menopause approaches; in fact, among the symptoms of menopause we can also find memory problems.

The researchers collected data from 85 women between the ages of 40 and 60 who were approaching or beginning menopause. The women self-reported classic menopause symptoms, measured hormone levels, and had cognitive tests every two years for up to nine years.

The data led the researchers to identify four profiles of cognitive function:

This analysis could help identify populations at risk and allow for timely interventions; furthermore, with this study and the results obtained it could be possible to obtain information on the future diagnosis, for example on who it might have more likely to develop Alzheimer's. We know women are most at risk, and knowing how cognition is affected at this stage can help identify who is at greatest risk for cognitive decline in old age.

The researchers found that the women with a profile of strength (strength in verbal learning and memory or attention and executive function) had fewer depressive symptoms and hot flashes, while those suffering from cognitive weakness reported more sleep disturbances and symptoms of depression.

On the menopause could it be interesting for you:

add a comment of Thus menopause changes your memory