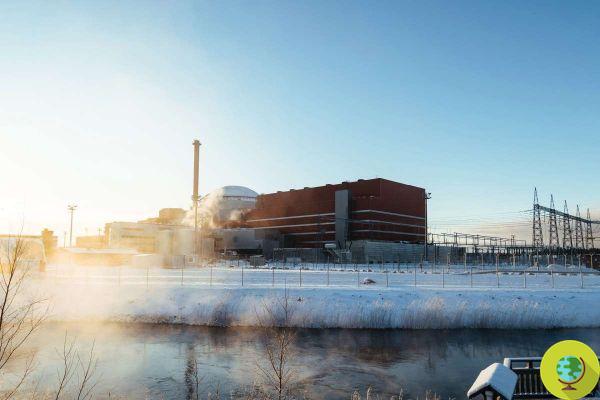 The first European nuclear power plant to open in 15 years has started production in Finland in recent days, at a pivotal time for energy supply following the Russian invasion of Ukraine. Finland has four nuclear reactors which supply around 30% of the electricity needs: Loviisa 1, Loviisa 2, Olkiluoto 1, Olkiluoto 2. Now the fifth reactor of the nuclear power plant, Olkiluoto 3, has been put into operation.

In the midst of a war and with opinions that abound every other day on the safety of the Chernobyl power plant, another piece of news tears apart dormant Europe (dormant in terms of environmental policies, if not a few small exceptions): there Finland inaugurated the most powerful nuclear power plant in Europe.

It took twelve years to get the nuclear reactor, which began production tests on Saturday 12 March.

We are Olkiluoto, in the Baltic Sea, and from here this news comes amid growing fears of one energy war in Europe, after Moscow threatened to close a major pipeline to Germany if European countries were to ban imports of Russian oil.

In fact, once fully operational, the Olkiluoto 3 reactor, managed by TVO (Teollisuuden Voima), should meet 14% of Finland's electricity demand, reducing the need for imports primarily from Russia.

The 1,6 gigawatt reactor, which was first to open in 2009, began trial production at just over 0,1 gigawatts, only a small fraction of its capacity, with full and regular electricity generation increasing. expected by the end of July.

OL3 significantly improves Finland's electricity self-sufficiency and helps meet carbon neutrality targets, ”operator Teollisuuden Voima (Tvo) said in a statement. In this way, Helsinki will be able to reduce the import of energy from Russia as well as from other countries such as Sweden and Norway.

The invasion of Ukraine has forced European governments to reconsider their dependence on Russian energy (Russia supplies about 40% of Europe's gas and over a quarter of its crude oil). And indeed European gas prices hit record highs earlier this month as the war continued to wreak havoc on energy markets, threatening to worsen the crisis.

The last time a new unit of a nuclear power plant was put into operation in Finland was over 40 years ago, while in Europe it is about 15 years ago. But the question that must be asked is: is it inevitable or not that in a world that is moving towards the energy transition, we should think about nuclear power?