Thrombocytopenia: what is it? What are the symptoms and signs of autoimmune disease causing platelets to drop 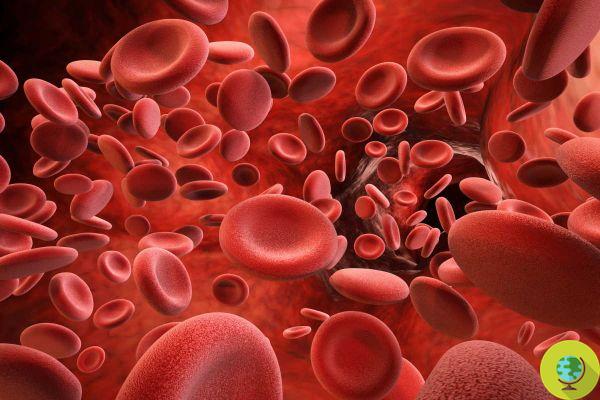 It has been talked about in recent days, after the death of an 18-year-old vaccinated with AstraZeneca and hospitalized in Genoa due to a cavernous sinus thrombosis: it is the thrombocytopenia, an autoimmune disease characterized by the drastic reduction in the number of circulating platelets in the blood, due to their destruction and the suppression of production. But what are the symptoms of thrombocytopenia?


In general, autoimmune thrombocytopenia (or thrombocytopenia) (Itp) manifests itself with haemorrhages and the possible appearance of petechiae, small skin spots, flat and rounded. But bleeding from the nose, gums or from the gastrointestinal or genitourinary tract can also occur.

It has an estimated incidence of 10-20 cases per 100 thousand people and in a third of cases the disease develops asymptomatically.

What is autoimmune thrombocytopenia

As we said, it is a disease characterized by the drastic reduction in the number of circulating platelets due to their destruction and the suppression of production. (Autoimmune thrombocytopenia: what it is, how to treat it and link with the anti-Covid vaccine)

Typically, the disease is divided into two forms:

In both forms the nature of the disease is autoimmune and anti-platelet autoantibodies are detected. On the other hand, however, the causes that trigger this process and give rise to the disease are not yet known. In addition, ITP can also appear in pregnancy, albeit rarely.

The most recognizable symptoms are the so-called petechiae and bruising of the skin, especially in the lower limbs, together with bleeding from the nose (epistaxis) or gums (when platelets reach a particularly low level, with values ​​in the order of 5000-10000 per micro / liter, bleeding of various levels may occur). But bleeding bubbles can also occur in correspondence of the mucous membranes, bleeding of the gastrointestinal and genitourinary tract (presence of blood in the urine) and, in women, more abundant bleeding during menstruation. In some cases there may be secondary iron deficiency anemia, accompanied by weakness or asthenia.

In summary, the symptoms of autoimmune thrombocytopenia are:

How is autoimmune thrombocytopenia diagnosed

La diagnosis of ITP is carried out by exclusion. From a clinical point of view, the disease is characterized by the absence of any other symptom that is not directly related to thrombocytopenia. The morphological analysis of a blood sample under an optical microscope is essential for the diagnosis.

The disease is divided into three classifications:

Each type of therapy aims above all at reduce the risk of bleeding and therefore to maintain the number of platelets at non-dangerous levels for health. For the most severe cases, chronic or recurring after an initial response, more invasive treatments are evaluated such as splenectomy, still the therapeutic option with the highest response rate and which guarantees recovery to two thirds of patients.

In secondary ITP the primary goal is to treat and resolve the underlying disease or stop taking any medications that may be causing it.

add a comment of Thrombocytopenia: what is it? What are the symptoms and signs of autoimmune disease causing platelets to drop