Those slavery-flavored prawns: adults and children forced into forced labor in Thailand 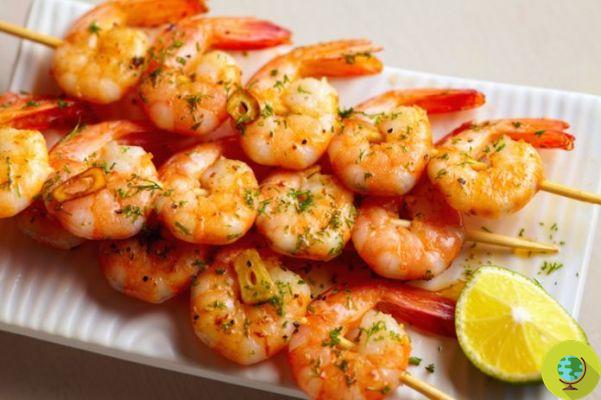 They are intended for the US, European and Asian markets. These are shrimp caught in Thailand that are peeled by adults and children forced to work as slaves to keep production constant.

They are intended for the US, European and Asian markets. This is the shrimp and shrimp caught in Thailand which are peeled from adults and children forced to work like slaves to keep production constant.

Associated Press conducted an investigation which brought out a truly bitter reality. Modern slaves even lose their names and are actually referred to by their bosses with a number.

They spend 16 hours a day with their hands in the water with no guarantee for their safety. Children who are forced to stand on a stool to reach their station also work next to the adults.

Behind the production of shrimp and shrimp emerges a real one trade in slaves who work incessantly so that the goods are available as soon as possible to be sold in supermarkets all over the world. Outlets include both grocery stores and buffets all-you-can-eat of the United States and beyond.

To become the largest shrimp supplier in the world, Thailand relied on the exploitation of workers. The problem is aggravated by corruption and the complicity of the supervisory authorities. Arrests would be very rare despite the fact that the truth is well known.

Associated Press identified the US outlets to which the production of shrimp fruit of slave labor is directed: Walmart, Whole Foods, Kroger, Dollar General and Petco. Restaurants include Red Lobster and Olive Garden. The problem also affects some of the more well-known seafood and pet food brands, such as Chicken of the Sea and Francy Feast, sold by Safeway. Shrimp from Thailand they also arrive in Europe and Asia, but the names of the companies and stores involved were not disclosed at the time.

Many of the slave workers are migrants who arrive in Thailand after long journeys where they find themselves crammed into trucks with other people in desperate situations. They get lured with promises of well-paying jobs without the need for visas and permits and then find themselves forced into forced labor. They work from 3 in the morning to 7 in the evening for a paltry wage.

Their hands and arms are injured from work and ruined by allergies. A request has come from the United States for Thailand to improve the conditions of the workers and to say a stop to the slave trade, but this sick system seems really difficult to stop.

Unfortunately once again we find ourselves reflecting on real provenance of the food that arrives on our tables. Faced with a plate of prawns, no one would have thought of such a serious exploitation problem until now. We hope that the names of the dealers and companies involved in the affair as regards Europe will also be revealed as soon as possible.

WHAT IS HIDING BEHIND SWEET POTATOES: THE CRUEL EXPLOITATION OF THE WORKERS IN THE USA (PHOTO)

THE DEVIL'S GOLD: PHOTOS THAT REVEAL THE DRAMATIC EXPLOITATION OF SULFUR MINERS IN INDONESIA (PHOTOS)

How Much Sugar is in Starbucks Drinks? The shocking truth ❯

add a comment of Those slavery-flavored prawns: adults and children forced into forced labor in Thailand