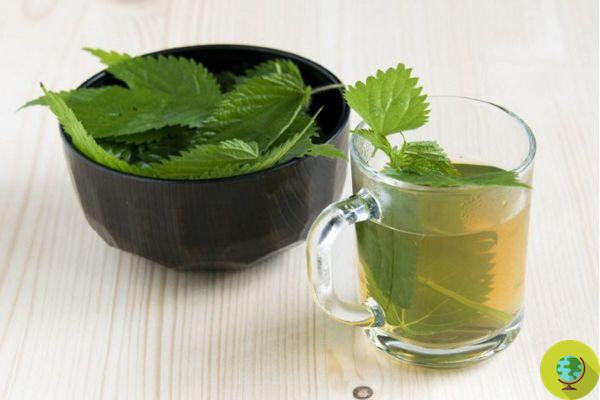 Nettle leaves would be a powerful tool in the fight against obesity, even if you continue to eat a high-fat diet.

Antioxidant and antimicrobial, analgesic and purifying. Dell 'nettle Medicinal and herbal properties have been known since ancient times, but now a new study opens an important new chapter: nettle leaves would be a powerful tool in the fight against obesity, even if you continue to follow a diet high in fat.


This is stated by scholars from the University of Maryland who in a study highlighted how the nettle leaves, already known to be rich in a number of nutrients, including vitamins, minerals, amino acids and carotenoids, can be used as a safe and effective diuretic and as an ally against weight gain.

Nettle is a spring flowering plant that grows abundantly all over the world. Its extract is used in various food supplements and in different dishes.

Based on previous research, which had already shown how nettle extract can improve blood sugar metabolism, scientists, led by Diane N. Obanda, assumed that taking a nettle plant leaf extract it could actually prevent weight gain, even on a high calorie diet.

Dr Obanda and her team were then able to conclude that nettle has a positive effect on metabolism, although they were unable to say precisely why. Further research will be needed, also because it was a study conducted on animal models, but in the meantime you can already know HERE all the ways in which you can use nettle in the kitchen.

These are the vegetables that become the most nutritious when cooked, according to the nutritionist ❯