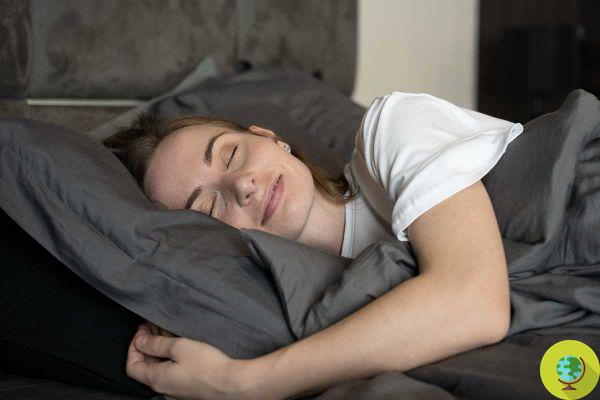 
When it comes to sleep, research suggests there may be an optimal time to fall asleep, especially for heart health. Not too early but not too late either, the optimal time would be between 22pm and 00pm.

Lo study, based on data from over 88.000 UK Biobank participants, suggests that going to sleep at 22pm or shortly thereafter is associated with a lower risk of developing cardiovascular disease compared to falling asleep sooner or later.

Research cannot show how going to bed early or late contributes to the development of cardiovascular disease, not least because bedtime can also depend on other factors, such as staying out late. However, the team of researchers found that bedtime could deprive people of vital health elements, such as daylight in the morning that helps restore the body's internal clock. In fact, if the latter is not restored properly over a long period of time, the misalignment of the circadian clock increases inflammation and can impair glucose regulation, which can in turn increase the risk of cardiovascular disease.

The study found that 3.172 of the 88.026 participants, recruited between 2006 and 2010, developed cardiovascular disease in an average follow-up period of 5,7 years. The team drew on data from the participants' wrist devices for seven days to explore whether there was an association with when participants fell asleep during the night.

After taking into account various information, such as age, gender, smoking, sleep duration, sleep irregularity, diabetes, blood pressure, and socioeconomic status, the researchers found that those who fell asleep between 22:00 and 22:59 they had a lower risk of cardiovascular disease than those who dozed off before or after.

It is important to point out that this research has limitations, including the fact that it is based only on data from adults aged 43 to 79 and that the participants are predominantly white, consequently further studies with a larger number of people are needed. participants to get more accurate results.