This dietary change could "reprogram" your metabolism, new study 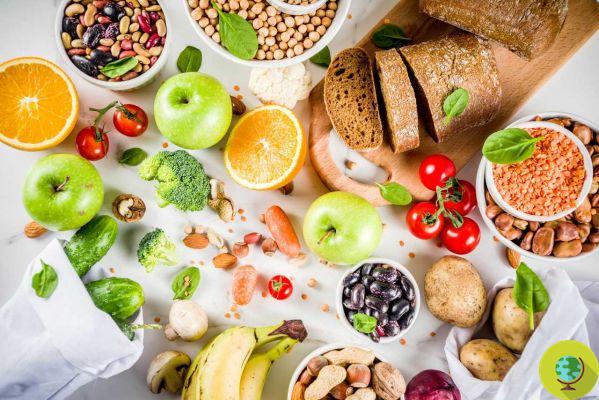 Follow one hypoprotein diet it can reprogram the metabolism. This is supported by a new study conducted at the University of Wisconsin School of Medicine and Public Health.


Previous studies conducted on animal models had already observed that a diet with less protein led to a better state of health. Starting from these data, Professor Dudley Lamming, metabolism expert at the University of Wisconsin, wanted to investigate the question.

Continuing the research in the laboratory, the team found that diets rich in the three branched-chain amino acids, BCAAs (leucine, isoleucine and valine), are associated with diabetes, obesity and other metabolic diseases. Conversely, diets low in BCAAs can counteract these metabolic disorders and even extend healthy lifespans.

It is still not entirely clear how BCAAs control metabolism, although limiting them appears to aid in faster metabolism and healthier blood sugar control.

Due to the immense complexity of diet-related research in humans, the full effects of BCAA restriction in people are not yet known. But the line of research provides a new way of thinking about what we eat. Studies show that low protein diets reprogram metabolism even when animals eat the same or more calories.

There is a growing awareness that a calorie is not just a calorie, that a calorie has implications beyond its calorie content. What our research is showing is that protein calories are not the same as other calories.

Usually we talk about high-protein diets when in fact over the years there has been several evidence that many of the benefits of calorie restriction can be obtained simply limiting protein intake. Benefits the study found persisted even when the animals ate as much as they wanted.

The weight loss was mainly caused by a faster metabolism, where the body burns more calories in the form of heat while resting.

But there was a difference between males and females. Male mice that followed the diet all their lives lived on average about 30% longer (about eight months longer). It's unclear why female mice don't seem to benefit, though other research suggests female mice may need a slightly different diet to see the benefits of reduced BCAA consumption.

In another study published in May, the team delved further into evaluating whether the three individual BCAAs - leucine, isoleucine and valine - had unique effects in the body or if they all acted the same.

What we have found is that the isolation restriction has by far the most potent effect.

Mice fed diets low in isoleucine (found in eggs, soy protein, turkey, chicken, lamb, cheese, and fish) were leaner and demonstrated healthier blood sugar metabolism. Diets with valine restriction (found in poultry, milk, salmon, beef, flour, nuts, peas, spirulina) had similar, but weaker effects. The reduction of leucine levels (beef, chicken, pork, fish but also in legumes and nuts) did not have any benefit and could even be harmful.

Lamming says this discovery presents an opportunity to rethink diets because the evidence suggests that low protein diets help you lose fat even with a normal caloric intake by reprogramming the metabolism.

add a comment of This dietary change could "reprogram" your metabolism, new study