SmartCan is an intelligent trash can that can move around on its own and programmable via an application on your mobile.

Garbage in the family, what a stress. Remembering to put out the garbage is one of the first things to cause quarrels in the home, on a par with the dog walk when it rains and the electricity bills left unanswered for days. But what if the garbage threw itself out?


The Americans, who have a completely different way of collecting garbage from house to house (often found in the courtyard of their houses), have invented a genius: an intelligent bin capable of moving on its own and programmable via app.

It is SmartCan, created by the US Rezzi company, specialized in the production of iOT (Internet of things) and smart home (smart home) connected devices.

“We want to help people eliminate unnecessary chores from their daily lives and really help ease the burden of the mundane physical tasks that everyone faces,” says Andrew Murray, creator of SmartCan.

The homeowner can download the app to their phone and then set the time and day of the week they want to take out the containers. 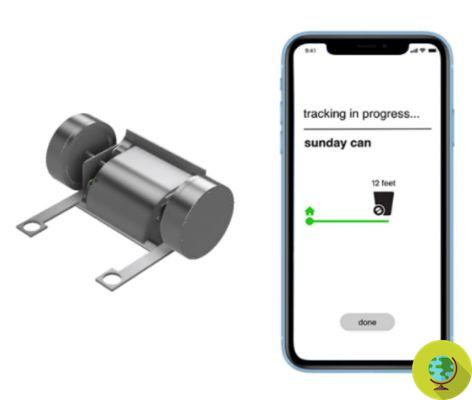 SmartCan is able to move independently thanks to a motorized support placed at the base and can be maneuvered using the smartphone, responding to the commands of the application.

The user can thus set the day and time on the mobile phone for the automatic movement of the domestic waste container, according to what is established by the calendar of the local collection service. Once emptied by the collection staff, the smart bin returns to its starting point.

SmartCan also won the Cool Idea Award and received the support of Protolabs, a US company specializing in industrial 3D printing services, to accelerate the prototyping and testing phase of the product, which is expected to be released on the market in 2020.