They eat squash and zucchini and go completely bald 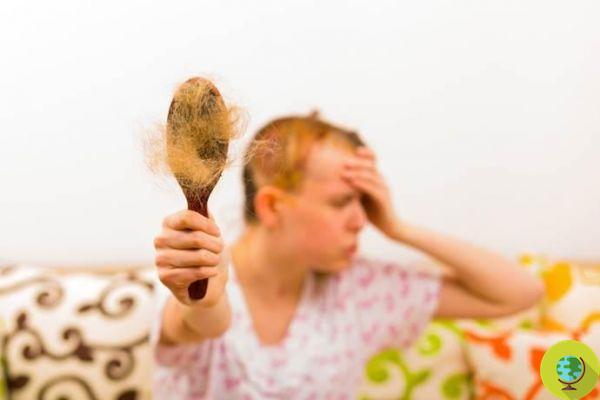 They lost their hair after eating squash and zucchini. Stories that seem surreal were it not that the cases were published in the scientific journal Jama Dermatology. But without creating unnecessary alarmism, the researcher and dermatologist Philippe Assouly explains why it happened.

They lost their hair after eating pumpkin and zucchini. Stories that seem surreal were it not that the cases were published in the scientific journal Jama Dermatology. But without creating unnecessary alarmism, the researcher and dermatologist Philippe Assouly explains why it happened.

Surely an anomalous situation, but here no one says that Cucurbita should no longer be consumed, that is a group of plants including pumpkin, courgettes and cucumbers. Assouly points out that "plant-induced hair loss, a classic cause of toxic anagen effluvium, is rare," but sadly it happened in France. Let's see how things went.

Because the woman lost her hair

The vegetables in question may contain dangerous toxins and ingesting them can cause problems for the human body. The women had eaten one pumpkin soup and the other baked zucchini. Soon after, they both had stomach cramps, sweating, hallucinations and loss of consciousness. Later the malaise had passed, but after weeks of nightmare the women's hair had started to fall out, until it became completely calve.

Why did it happen?

“We are facing a toxic association of alopecia with a common plant, which includes courgettes and pumpkins belonging to the cucurbit family. The mechanism involved in the toxic effects of these plants on the hair follicle appears to be mainly due to their antimitotic action, explains dermatologist Assouly in the study.

To challenge poisoning it was therefore a toxic compound with a bitter taste, called cucurbitacin, which is found in particular in cucurbits grown in the home.

When should you be careful?

In the presence of bitter-tasting zucchini, pumpkins and cucumbers. Cucurbitacin, in fact, cannot be eliminated by cooking, so it remains in the vegetables, so the only solution is to stop eating pumpkin, courgettes and cucumbers immediately if you feel a too bitter taste. If not, don't worry, on the contrary eating vegetables has significant benefits on our body and helps us keep fit.