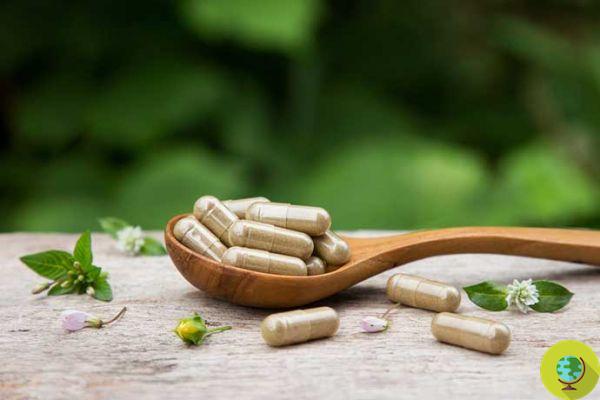 We often discuss the safety and efficacy of food supplements, sold and used in some cases too lightly and without having first heard the medical opinion. Now it is the French Pharmaceutical Academy to sound the alarm.

There is often discussion about the safety and efficacy of food supplements, sold and used in some cases with too much lightness and without having first heard the medical opinion. Now it is the French Pharmaceutical Academy to sound the alarm.


Herbal food supplements are often mistakenly considered safe, effective, and side-effect-free natural products. Unfortunately this is not the case and it is easy to underestimate the risks of using these remedies without first hearing the advice of an expert.

The Académie de pharmacie intervened on this topic in France, warning about the dangers of herbal laxative products whose use should always be subjected to the approval of a doctor, thus avoiding do-it-yourself.

The risks of doing it yourself

Taking the wrong food supplements, not suitable for your case or perhaps taken at the same time as other drugs and therapies is dangerous. You can experience allergies, liver damage, dangerous interactions, other little known side effects, and these products can also be positive for harmful contaminants.

This is underlined by a report recently published by the French Pharmaceutical Academy which, referring to a decree of 20 June 2014 which incorporates European regulations, focuses on the risks to public health of various plants (including fungi). admitted in the list of food supplements on the market.

Academics point out that, in addition to health risks, there are also legal and scientific inconsistencies. For example, it is not explained that these products are subject to much lighter regulation than that of drugs.

Experts point the finger above all on a group of supplements: plants containing “hydroxyanthracéniques glycosides” which have very powerful laxative properties. In particular, reference is made to:

These irritate the digestive tract and are also responsible for the loss of mineral salts. These are plants which, as the report notes, have "been used up to now as medicines due to their marked pharmacological activity". And, experts note, this should still be the correct approach today. These are in all respects drugs and should be regulated as such.

The problem is instead that these products are easily accessible to everyone in the form of supplements and their use is not always accompanied by the necessary advice and information, also because they are even sold in supermarkets and the labels leave something to be desired in terms of warnings.

French academics point out that serious accidents can occur if these products are abused. Over 2.600 adverse reactions have been reported up to the end of 2016.

The numbers of the use of supplements in France

In France, 1 in 5 adults and 1 in 10 children take food supplements, of which 23% and 12% respectively do so all year round. This is what the INCA2 study (2006-2007) reports. Furthermore, patients do not seem to even notify their doctors of this use: in 2015 a French study of 1.081 cancer survivors, part of the NutriNet-Health project, showed that 62% of women and 29% of men had used dietary supplements and a third of them had not notified their doctor. It was estimated that 18% of users used them exposing themselves to potential risks.

The academics are therefore asking that the list of plants authorized in food supplements be narrower and that it excludes those that are particularly dangerous for those who take them but also those that do not guarantee any known nutritional effect or whose safety is not well supported by scientific data. .

We too have repeatedly reminded you of do not use any natural remedy lightly (much less supplements), especially if you suffer from previous diseases or are taking medications. Always ask an expert for advice.

These insecticides are useless against cockroaches and cockroaches. They just poison us! I study ❯