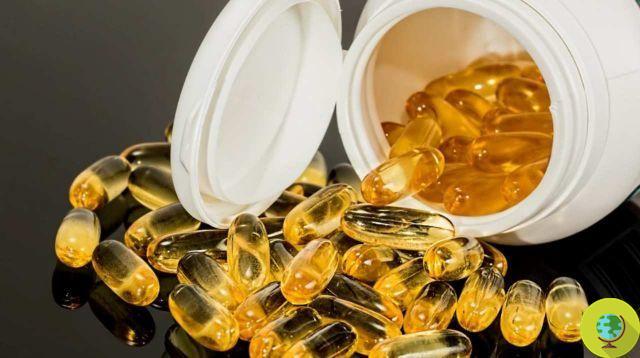 A new Lifejacket test on 15 fermented red rice-based cholesterol supplements shows that 4 products did not pass the disaggregation test, a test that shows whether the tablet or capsule "dissolves" correctly in the allotted time.

Among the various tests to which Fabiana Quaglia, professor at the Federico II University of Naples on behalf of the Salvagente, has submitted the cholesterol supplements based on fermented red rice, there is that of disaggregation. It is a mandatory test only for drugs and not for supplements, but it is also very important to evaluate the effectiveness of these products.


The breakdown test, in fact, as you can already guess from the name, is used to check if the supplement breaks down correctly (within 15-30 minutes depending on the type of tablet) and the body can therefore absorb it effectively. However, there is no certainty that, if this does not happen precisely, the active principle will not be absorbed. However, if there is a non-compliance there is also the risk of a slowed up absorption.

Of the 15 supplements, those that failed the unbundling test are:

What can be the specific problem with cholesterol supplements? As Il Salvagente writes:

4 out of 15 do not "dissolve" within the timeframe envisaged by the European Pharmacopoeia, with an obstacle to the absorption of the active ingredient, monacolin k, a real natural "statin".

Following the results of the test, and even before its publication, Guidotti of the Menarini group confirmed with some internal checks what was discovered by the Salvagente and then recalled 7 lots of its product, the LevelipDuo. We already talked about it in a previous article: Retired these well-known anti-cholesterol dietary supplements, brand and batches

But the test also points out other criticalities of these supplements, such as the concentration of monacolin K which in some cases was different from that declared by the producers. In particular, in three cases the gap was very high (between 14% and 24% between the declared and the detected), as the magazine writes:

Monacolin K is the natural "statin" produced by the fermentation of red rice and which is supposed to help keep blood cholesterol under control. Under current legislation it cannot exceed 10 mg per dose: also considering the analytical uncertainty margin, all tested products are compliant. However, comparing the declared concentration with the actual one, we found significant deviations in three cases. In the short term, by law, the concentration of monacolin in food supplements will have to respect a new - lower - limit, equal to 3 mg per dose. This is because the adverse reactions observed were such that the European health authorities deemed necessary a strong limitation of the active ingredient.

Also reported some "unwelcome" ingredients used in the formulations. Among these could not miss the titanium dioxide that EFSA has declared unsafe as a food additive and has banned from the EU (but remains in drugs). Read also: Goodbye Titanium Dioxide! The EU officially bans the additive E171 from sweets, sauces and supplements: it is genotoxic!

Other ingredients found are:

The position taken by the Ministry of Health

The results of the life buoy test regarding the disaggregation test were also taken very seriously by the Ministry of Health which issued a circular which reads that:

While aware that the disaggregation test present in the European Pharmacopoeia is applicable to the pharmaceutical field and not to the food one, it is believed that the ability of tablets to disaggregate must be monitored by operators to guarantee the consumer and also protect their safety.

Rhubarb: properties, uses and recipes for using it ❯

Collagen supplements: when to take them and things to know before taking them

Vitamin D: Why is this particular ethnic group more at risk of deficiency? I study

Vitamin C Supplements: Don't Overuse It! Two signs you should watch out for to avoid overdose toxicity

Do not take pre-workout supplements and protein powders as recommended on TikTok, it is extremely dangerous!