The wind of the metro to produce electricity: the pilot project in New Delhi starts 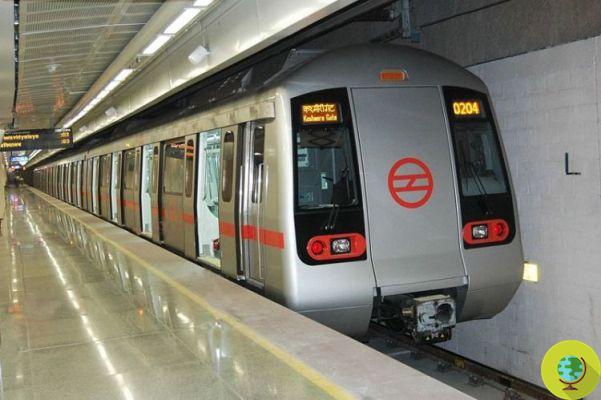 Producing energy is simpler than you can imagine. A group of students and teachers from Kalindi College at the Indian University of Delhi have come up with an innovative way to harness the wind energy produced by the subway trains

To produce energia it's simpler than you can imagine. A group of students and teachers from Kalindi College at the Indian University of Delhi have come up with an innovative way to exploit thewind energy produced by subway trains.


La speed of convoys therefore it could be exploited to produce electricity. The project, which is part of a group of works on this sector carried out at the Indian university, aims to use the 'wind'produced by the passage of high-speed trains during their daily movements.

The team, consisting of 10 students and two teachers, proposed using strategically placed small turbines to harness energy. Each turbine has a rotor with blades. When the wind hits the blades, they start to move producing mechanical energy. The latter is then converted into electricity, which can be stored in special batteries.

According to the team members who developed the project, i tunnel entry points and the point where the subway moves from an underground line to a surface line are ideal for positioning turbines, as in these areas the wind speed is higher.

“So far we have done the theoretical work using only the train speed data that the Delhi Metro Rail Corporation (DMRC) has provided us with. According to our calculations, a turbine should be able to produce 200 to 500 watts of power per hour "maximizing the power in the sections where the trains reach higher speed, he said Charul Goel, one of the team members.

The DMRC, for its part, has already given students permission to place a turbine, which has been in operation for a few days, in a subway station through a pilot project.

Once the data provided by the pilot project has been collected, the team hopes to expand the potential of the solution to generate around 3 kW of power to produce electricity thanks to the wind.

- Spain: wind is the first source of energy produced by the country

- The 10 most amazing subways in the world

Contagious photovoltaics: the roof of the neighborhood is increasingly solar!

Photovoltaic generators: do you know how much they cost?

A fossil fuel war is underway in Ukraine. The alarm of the leading Ukrainian climate scientist

Key Energy: here is the list of appliances that consume the most in stand-by

add a comment of The wind of the metro to produce electricity: the pilot project in New Delhi starts