The vegetarian diet reduces premature deaths by 1/3, according to Harvard 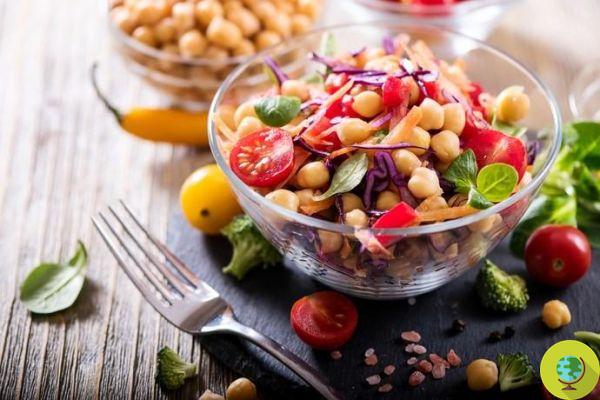 At least a third of premature deaths could be prevented if we all chose the vegetarian diet. According to a new study, conducted by scientists from the Harvard Medical School and made known on the occasion of Unite to Cure, a global conference organized by the Vatican

At least a third of premature deaths could be prevented if we all chose the vegetarian diet. This is according to a new study, conducted by scientists from the Harvard Medical School and made known on the occasion of Unite to Cure, a global conference organized by the Vatican.

The conference has theobiettivo to improve human health and create a collaborative forum to advance treatments but also reduce the main causes of cancer.

According to Dr. Walter Willett, Harvard professor of epidemiology and nutrition, the benefits of a meatless diet have been largely underestimated. At least 200.000 lives could be saved each year by completely eliminating it from the diet.

Taking Britain as an example, according to data from the Bureau of National Statistics, around 24% or 141.000 deaths each year could be avoided with a diet based on fruits and vegetables.

“We just did some calculations on how much we could reduce mortality by moving to a healthy, more plant-based, not necessarily totally vegan diet. We have estimated that around one third of deaths could be prevented. We are not talking about exercising or not smoking, we are talking about all deaths, not just those from cancer. It is probably an underestimate that does not take into account the obesity factor " he said Willet.

Dr. Willet is the author of the book "Eat, Drink, And Be Healthy: The Harvard Medical School Guide To Healthy Eating", he is one of the creators of the Health Eating Plate, a guide for proper nutrition from which in 2013 the milk and its derivatives to replace it, instead, with water, in order to follow a healthy diet.

Lead Medicine Committee Chair Neal Barnard, another conference speaker, confirmed that people should be more aware of the health benefits of vegetarian diets:

“I think we are underestimating the effect. People imagine that a healthy diet has only a modest effect and a vegetarian one can only help lose some weight. But when these diets are built right, they are really powerful. "

I benefits of the vegetarian diet are now known: it is good for the heart, it reduces the presence in our body of hormones and antibiotics of which unfortunately the meat is always richer, coming from intensive farming. It also promotes longevity, improves mood, and also helps you lose weight faster than on a meat-based diet. In this case, the recommended diet should be based mainly on whole grains, legumes, fruit and vegetables, preferably of organic origin.

A choice that is good not only for health but also for the environment since the production of meat generates a greater quantity of emissions than that of fruit, vegetables and cereals. In particular, the production of beef it uses more water, soil and nitrogen fertilizer than the others and produces more effect gas in a comparison for calories consumed.

add a comment of The vegetarian diet reduces premature deaths by 1/3, according to Harvard