The vegan diet has this incredible benefit for older and obese people. I study 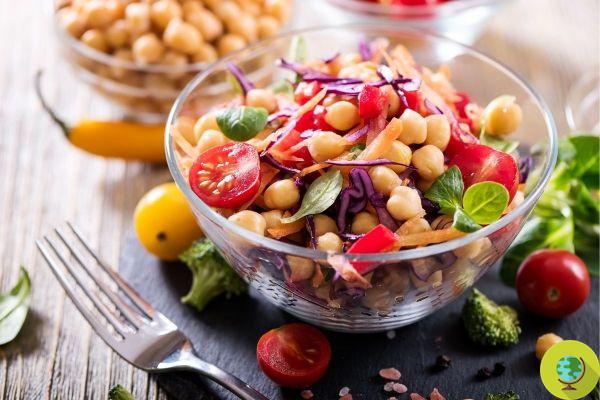 
A team of British and Lithuanian researchers tried to answer a question that concerns older people: why do older people with obesity lose muscle tone and become weaker as they age? Weight gain from fat intake can increase muscle mass and strength, but only when you are young. As you get older and remain obese, your muscles also “get fat” and lose their efficiency: that's why obese seniors have weaker muscles than their leaner peers - with the burden of carrying more weight.

Before proceeding with the study, the researchers collected data from six previous studies on the effects of high-fat diets on muscle. When an already obese person eats too much food, his fat cells lose their ability to store excess energy, and the body then begins to create fat stores within the muscles themselves, in the form of intramuscular lipids (IMCL). This is especially the case in high-fat diets. In younger muscle tissues, there are mechanisms that optimize IMCL production. But this ability to optimize is lost as we age.

How to solve this annoying problem? A calorie restriction regimen has been shown to only work over the short term, smoothing out the process sarcopenia (i.e. the gradual loss of muscle mass which increasingly reduces the patient's ability to move and carry out daily activities), but proves to be ineffective as a long-term strategy.

The solution, according to the researchers, would be to limit the intake of methionine - an essential amino acid found in large quantities in fish, meat and dairy products (proteins of vegetable origin, on the other hand, contain low quantities of the amino acid). Reducing (though not completely eliminating) methionine intake could prove to be an effective strategy to limit the effects of obesity-related muscular dystrophy. In practice, switch to a vegan diet, i.e. abolish the consumption of products of animal origin, it can help our muscles live stronger and longer - even if you suffer from obesity.

While further studies will be needed to fully understand the effects of methionine restriction on BMI and lipid metabolism in skeletal muscle, this strategy shows encouraging effects in enhancing lipolysis in muscle.

The vegan diet improves the gut microbiome in just 4 months. I study ❯

add a comment of The vegan diet has this incredible benefit for older and obese people. I study