The turtle technique to overcome anger 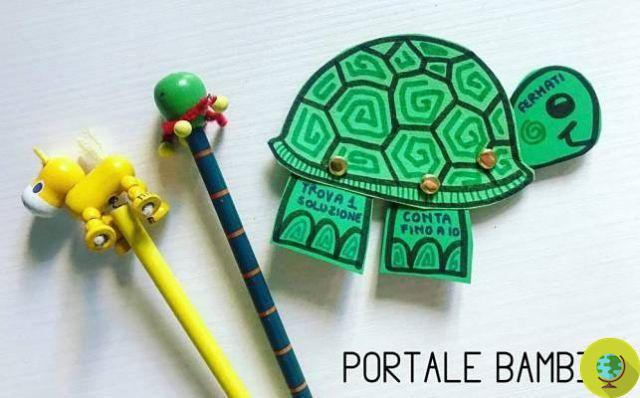 How to manage your anger with the turtle technique. Anger can become an ugly beast: if by chance you leave room for it, it moves inside like a small dragon that emits fire and always demands new and greater space; it makes the blood rise to the brain, it blurs the sight, it is a burning that devours and can become pervasive, becoming the dominant style of our responses.

As emphasized Vittorio Tamburrini in his article "Color, perception and health"Written for the Free School Rudolf Steiner, it is no coincidence that the colors red, black, green are associated with anger:" the expression "red with anger" is used when anger brings blood to the head, when one feels being on the verge of losing self-control ". Green refers to bile, to repressed anger which is prevented, perhaps with difficulty, from becoming fury, which cannot be "digested" and thus corrodes slowly. Finally, black is the color of blindness: the dragon of wrath burns all reasonable vision.

Not that anger itself is necessarily bad or wrong: it is an emotion; the central point, rather, is how it is perceived, what space is left for it and how it is acted out. There is the healthy surge of desire for good that leads to a reaction put in place to block an injustice, an unfairness but without anger or desire for retaliation. And then there are the other angers, those that - also - harbor revenge, are full of resentment or become a habit, an angry way of life.

Whether anger occurs only occasionally or often, the difference, as already mentioned, is above all given by the way it is managed. And this is something that can be learned at all ages thanks to turtle technique.

The story, yes, because obviously there is always a story that can be told, it begins with a little turtle who did not like going to school so much but loved playing alone or with friends, watching television and going outside, 'open. It must be said, however, at school her classmates were really irritating: they pushed her, they bored her, and she obviously got very angry, sometimes she answered tit for tat or said bad things. After a while, no one wanted to play with her anymore. The turtle was angry and confused, she didn't quite understand how to do it.

One day she met a wise old tortoise who suggested that the solution was her armor: she could enter it whenever she felt angry or almost on the verge of not controlling herself anymore. And she, she continued: “Once inside the shell, you can do three things: you can tell yourself to stop; you can take a long breath or even two; and finally ask yourself what the problem is ".

The next day, at school, the little turtle was again annoyed by a friend: he felt anger rise, his legs were warm, his heart beat faster but then he remembered the advice of the wise old tortoise. And she followed him: stopping, staying inside, breathing. Then when she calmed down, she came out of her armor again and saw that the teacher was smiling at her.

From then on he adopted that strategy: it didn't always work, it's true, but little by little he learned to manage his anger. And this allowed her to make new friends and appreciate more every activity she did, even school.

After the story (which is part of the PATHS program, Parents and Teachers Helping Students, and is taken from "Destructive Emotions", 2003, The Mind and Life Institute), the practice of turtle technique: that sooner or later - in its three passages - will probably be useful more or less to everyone.

It's about becoming more aware of your emotions in the first place:

Technology is atrophying us: humans are less intelligent than a century ago ❯

add a comment of The turtle technique to overcome anger