Avocado, a much loved fruit with multiple uses in the kitchen. But those who follow a vegan diet should do without it, along with almonds. It's not a joke

Avocado, a much loved fruit with multiple uses in the kitchen. But those who follow a vegan diet should do without it, along with almonds. It's not a joke.


The intensive cultivation of these products, at least in some parts of the world, often involves the exploitation of bees through the so-called "migratory beekeeping". In places like California, there aren't enough local bees or other insects to pollinate the massive almond groves.

Whole hives are hauled in the back of big trucks to pollinate almond trees in the United States, and then move on to avocado trees and finally transported further to the sunflower fields in time for summer.

Those who follow a vegan diet avoid animal products, including honey due to the exploitation of bees. This seems to imply that they should also avoid avocados which likewise rely on the exploitation of bees for their production. And the numbers are alarming. The potentially affected insects are 31 billion honey bees in California orchards alone.

Commercial beekeeping can hurt or kill them. Transporting these creatures to pollinate crops appears to negatively affect their health and life. 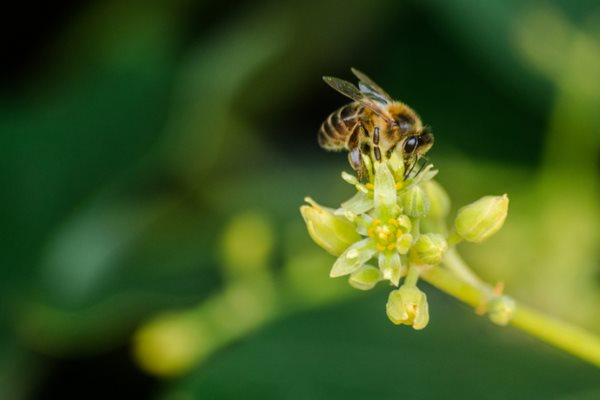 The issue has emerged from a video he is shooting on Facebook in which he is inserted in the segment of the BBC QI comedy quiz. The video asks which food of avocado, almonds, melon, kiwi or pumpkin is suitable for vegans. The answer, at least according to QI, is: none.

Fortunately, this is not the case all over the world. The cultivation of these products, in fact, does not always follow similar practices.

Of course, the small local producer does not use these methods to grow his almond trees.

For avocado, the situation is a bit different. This fruit has already been the subject of discussions given that its cultivation does not shine for sustainability, given the amount of water needed to grow it.

Avocado crops in Chile they are turning into a threat to human beings: the plants, devouring water, are taking it away from the consumption of the population.

A fruit as beloved as it is controversial, which it would be better not to consume. And not only if you are vegan.

The hug test: the way you hug each other reveals unexpected couple dynamics ❯