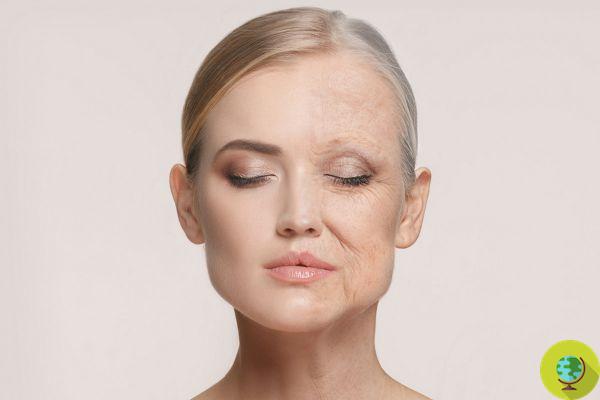 In a new study, biological age was pushed back 2 years in 9 people through a mix of common drugs.

It is not the age that counts but it is how the years are worn! All true, but what if you try to actually bring back the biological age? American researchers tried - and succeeded - who would have rejuvenated the biological age of healthy individuals by 2 years, with signs of rejuvenation even in their immune systems. How? With a mix of common drugs.


In a new study, geneticists at the University of California at Los Angeles, led by Steve Horvath, have suggested for the first time that it may be possible to reverse the body's epigenetic clock, which measures a person's biological age. All thanks to a cocktail of Medicines which would have acted as a sort of "genetic lifting", erasing the "wrinkles" from the DNA.

By biological (or physiological) age, doctors mean the age that can be attributed to a person based on their morphological and functional conditions, such as the quality of tissues, organs and systems.

For one year, nine healthy volunteers hired a cocktail of three common drugs - a growth hormone and two diabetes drugs - and on average they have lost more than 2 years of their biological age, measured by analyzing the signs on a person's genomes.

The results also came as a surprise to the trial organizers, but the researchers caution that these are only preliminary findings because the trial was small and did not include a control group.

“I expected to see a slowdown in time, but not a reversal,” says Horvath.

In fact, the research was mainly designed to verify whether human growth hormone could be used to restore tissues in the thymus gland, which is useful for effective immune function (its function begins to decline after puberty and becomes more and more hampered by fat). Since that hormone can help develop diabetes, two anti-diabetic drugs were also used in the experiments.

The researchers thus created a "drug cocktail" that was tested for one year on 9 men between the ages of 51 and 65. At the end of the tests, the biological age of the participants was rejuvenated by two and a half years, measured by analyzing the signs of age on the genes. Their immune systems have also shown signs of rejuvenation.

In short, it has been shown for the first time in humans that it is possible to use pharmacological treatments to slow down aging, even if it has been shown in a limited group of people. And not only has aging been slowed down, but some of the signs it left on the DNA have been erased, resulting in the reversion of aging itself.

Ready to stop time by stuffing yourself with medicines?

The study that reveals all the power of a positive attitude ❯