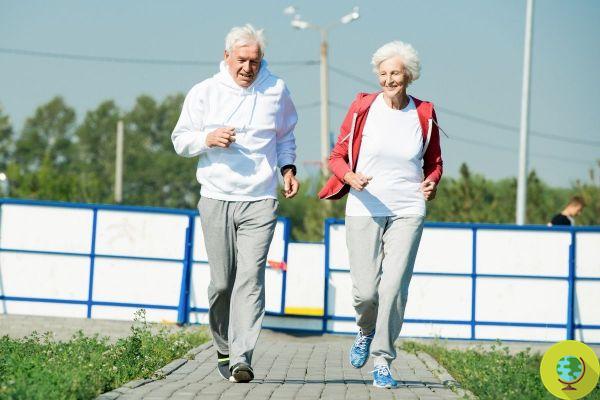 How we age depends on our genes, but also on a single small element - iron. But beware: not only does iron deficiency hurt, excessive levels in the blood can also have consequences.

The secret of a long life does not come from the fountain of youth nor is it hidden in a mushroom in the forest. Nor is it a secret code in the hands of the rich of the earth. Longevity could depend, at least in part, on something far less incredible: iron. But before stocking up on this precious mineral, it's good to know that genes obviously have more influence than anything else that can be ingested to stay young.


In a study recently released by the Max Planck Institut in Cologne (Germany), researchers compared genetic data from hundreds of thousands of Europeans, using a technique called 'multivariate genomic scanning' to select specific gene loci (locations of an individual's genes). of the chromosome) connected to three specific factors: the life span of the parents, longevity and life expectancy (in good health, before developing diseases related to advancing age).

Individuals who have a long and healthy life tend to share ten genetic regions, within which some genetic variations emerge in a particularly significant way: in particular, these genes are responsible for the risk of cardiovascular problems and for how the body is able or not to metabolize L'eme (the type of iron contained in animal meat and derivatives). The findings suggest that the more efficient the body is at regulating iron levels in the blood, the longer our life will be.

(Read: Two servings of fruit and three of vegetables the magic formula of longevity (but the potato doesn't count))

It is quite clear from our data that genetic variation associated with iron metabolism is inversely associated with longevity and lifespan - says study author Joris Deleen.

However, it is still difficult to say how the iron we eat in our food, the levels of iron in our blood and our genes interact with each other, and how this relates to longevity. What seems clear, however, is that iron plays an important role in longevity and well-being, much more than previously thought. Previous studies have already shown, for example, the existence of a relationship between the accumulation of iron in certain regions of the brain and the chemical markers of Alzheimer's (called tau proteins).

How well (or badly) our body is able to regulate blood iron levels may be pre-programmed in our genes, but knowing that iron plays an exceptional role in extending our life could be a great stimulus to monitor our blood iron levels more carefully.

We know that too little iron in the blood causes problems such as anemia, but too high levels of this metal can represent a problem with contraindications, and it is therefore good not to overdo the intake of this element (through food or supplements) only to try to stay young.