The secret of the tobacco lobby: cigarettes sold in Africa are more toxic 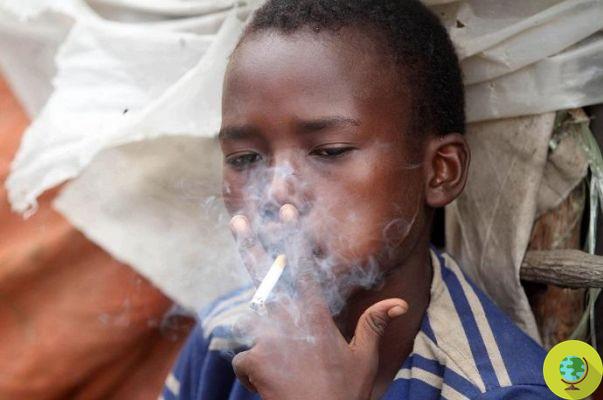 Switzerland exports more cigarettes than chocolate every year. And there is a big secret that the tobacco lobbies don't want you to know. Exclusive tests show that there is in fact a double standard: cigarettes sold in Africa are more toxic than those smoked in Europe.

Switzerland every year exports more cigarettes than chocolate. And there is a big secret that the tobacco lobbies don't want you to know. Exclusive tests show that there is in fact a double standard: cigarettes sold in Africa are more toxic than those smoked in Europe.

The data emerging from the Public Eye investigation, signed by Marie MaurisseMarie Maurisse, reveal that the tobacco giants are implementing a complex strategy to grab new ranks of smokers in Africa, and, unfortunately, it is especially young people who fall victim to it.

Thus, it turns out that cigarettes sold in Morocco contain higher values ​​of nicotine and carbon monoxide than those sold in France or Switzerland. A figure that emerged from an analysis carried out on 30 packs of cigarettes produced by Philip Morris and sold in Morocco, which revealed the inconsistencies of the data declared on the packs.

The results are clear: cigarettes made in Switzerland and sold in Morocco are much stronger, more addicting and more toxic than those found in Switzerland or France.

Simple: this creates more addiction, so it is more difficult to do without it, and therefore more toxicity.

“Africa is a living pool of future smokers. It is the continent where the market will explode between now and 2025 according to the WHO. It will be the area of ​​the world where people smoke the most. And this is why it is essential for producers to win smokers from an early age in these countries ”, concludes the investigation, revealing a terrible truth.

Philip Morris, for its part, rejects the accusations:

"All our products are created to respond to the preferences of adult consumers and their tastes in different countries, taking into account the rules applied in these countries".

It's hard to expect a different answer. But the data are clear for those who want to see them… Yet another attempt to exploit Africa and Africans.

The dark secret of chocolate: how it's killing the rainforest ❯

add a comment of The secret of the tobacco lobby: cigarettes sold in Africa are more toxic