A group of researchers managed to extend the life of a small worm by 5 times, by acting on two genes that give a synergistic result

A group of researchers has succeeded in the arduous task of extend your life of an animal species of five times, increasing life expectancy by 500%.


- experiments were conducted by the biologists of the Mount Desert Island Biological Laboratory and the Buck Institute for Research on Aging, in collaboration with the University of Nanjing, on some specimens of Caenorhabditis elegans, a nematode often used to study the causes and mechanisms of aging since shares many of its genes with humans.

This little worm non-parasite, less than ten centimeters long, it lives on average three or four weeks, but the researchers, by acting on its DNA, managed to make a specimen survive for 14 weeks.

The biologists worked on two genes in particular, DAF-2 and RSKS-1, discovering that a mutation in both of them is capable of act synergistically on longevity, extending the life of an animal species by as much as five times. 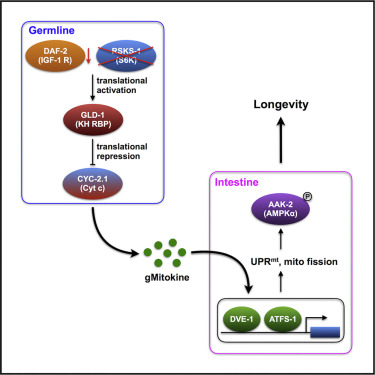 The synergistic effect could explain why until now a single gene has not been found responsible for a longer life expectancy of some people and able to live longer of others without becoming seriously ill.

Thanks to this discovery will we also live to 500 years? Most likely not (or not yet), but the results of the study, published in the journal Cell Reports, open the door to new trials to make drugs and effective anti-aging treatment.

Genetic modifications made on worms are unlikely to give the same results in humans, as humans are far more complex. However, what has been studied on worms could serve to treat various pathologies caused by cellular aging.

Salt Restaurant: the salt restaurant that filters the polluted air of the cities ❯

add a comment of The secret of longevity discovered in a small worm: will we live to 500 years?