The real causes of depression? They should be sought in our life and childhood 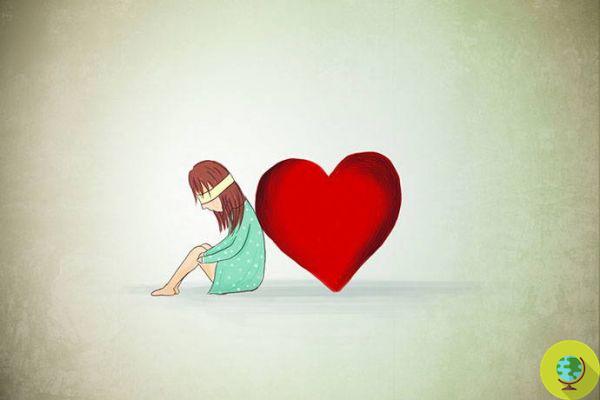 Depression is a typical disease of the Western world which is often given physiological and biochemical motivations.

La trough it is a typical evil of the Western world to which physiological and biochemical reasons are often given. But is it really just a problem of imbalance of some substances that circulate in our brain to compensate for which drugs are needed? More and more experts believe not.


Sometimes those who take drugs for depression are forced to increase the dose to the maximum and, despite this, they never really manage to solve the problem that afflicts them. So might this not be the best strategy for dealing with depression?

Depression is often measured by scientists on the Hamilton Scale which ranges from a score of 0 (no trace of the problem) to 59 (suicidal risk). Making changes to your life can help you increase your score and therefore feel better: 6 points are earned for example by improving sleep and 1,8 points by taking antidepressants (the latter therefore have a modest effect compared to other methods).

Johann Hari, British writer and journalist author of the book "Lost Connections: Uncovering the Real Causes of Depression - and the Unexpected Solutions", wanted to do a survey to understand what really causes depression and anxiety in order to solve the problem at its root. (a problem that by the way he himself knows very well). From his investigation it emerged that there are several causes of depression and anxiety, few are those of a biological nature and many instead concern the external circumstances that are experienced. These causes are completely different and can be found to varying degrees in the lives of depressed or anxious people.

Hari refers above all to the research of Dr. Vincent Felitti who initially dealt with obesity but then chose to investigate how this problem, along with others including depression, could be linked to childhood trauma. Felitti administered a simple questionnaire to 17.000 San Diego patients in need of general health care (from a trivial headache to a broken leg). He asked them if they ever had one or more of the 10 worst things that can happen to a child such as being neglected, physically or emotionally abused, etc. He then asked all the participants if they suffered or had suffered from one or more of the 10 main psychological problems, obviously including depression.

Childhood trauma was found to increase the risk of depression in adults. Those who checked seven categories of traumatic events as a child were 3,1% more likely to attempt suicide as an adult and more than 4% more likely to become a drug addict.

Felitti also discovered, however, that the opportunity to talk about his trauma with a trusted person allowed him to discharge that insane sense of guilt that victims of abuse often accuse and to remove the shame felt. The simple possibility of taking off such a burden led to a drastic decline in future pathologies. In fact, the doctor discovered that the need for medical care was reduced by 35% in the following year and in the long run it reached over 50%. Therefore, letting off steam remains confirmed as an excellent therapeutic method.

In conclusion, we can say that, according to Felitti's theories taken up in Hari's book, the causes of depression must be sought above all within key events of our life and much less in the biology of the body. Digging into our childhood is more important than ever!

What do you think?

Plastic face shields are useless against the coronavirus. The Japanese studio that rejects them ❯

add a comment of The real causes of depression? They should be sought in our life and childhood