The psychology of the carnivore: this is why we continue to eat animals (# festivalveg2013)

Why do we eat animals? The psychology of the carnivore explained by Annamaria Manzoni at the Gorizia Vegetarian Festival

Why do we eat animals? The question is not trivial. And to those who answer with a new question ("why shouldn't we?"), It is easy to provide an answer.


Animals have always been part of human life, in every form: they live with us, we quote them in our metaphors and in our symbolism ("he's as smart as a fox!"), They are the protagonists of the Chinese calendar and the zodiac . They fill our screens when television commercials are on the air: who can't match a cute little dog to fluffy toilet paper?

Animals even accompany presidents and popes in their private and, sometimes, public life. So why, despite this ancestral symbiosis, we maintain a relationship with animals that is always of subordination and violence?

Just think of the slaughterhouses, to vivisection, to intensive breeding. Almost all of us benefit from it and are indirectly responsible for it. To the Gorizia Vegetarian Festival the doctor Annamaria Manzoni explained in a clear and complete exposition how our mind manages to hide our love for animals, submitting it to our appetite. 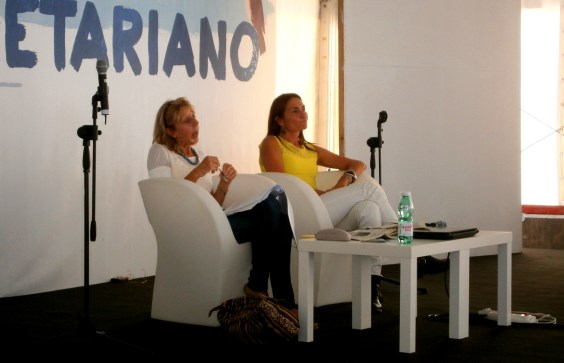 All in six small "mechanisms":

1) Homocentrism: since the origins of our existence we have always thought of being at the center of the universe. We, beings superior to all other species, can do what we like best with others. The great monotheistic religions have shaped us in this sense, telling us that only man has a soul. We are shaped every day by the language we use to denigrate those who carry out reprehensible actions: "a beast, an animal". But would an animal ever rape a child? Would he ever tear his fellow to pieces out of hatred or revenge?

2) Moral disengagement: if we disconnect our acts from the morality that generally guides us, no sense of guilt will ever come to keep us awake at night. Self let's normalize violence just because it happens, the next step will be to legalize it. Once legalized, it will be even more considered the norm. The vicious circle begins.

3) Advantageous comparison: "What do you want one or two live plucked geese to be to make me a duvet, when women and children die every day under bombs in Syria?" Yet a disproportionate violence cannot transform a less tragic one into a normal act. Vivisection is no less serious only because man is capable of performing doubly reprehensible actions.

4) Displacement of responsibilities on who is more authoritative: "If cows are slaughtered in slaughterhouses, is it my fault? It will be the fault of those who cut their throats, of the boss who orders it, of the CEO who owns the company… but not mine for eating it! ». It is easy to obey the system, much harder it is to disobey to change the state of things. To overthrow the system.

5) Removal: when we don't like something, we simply eliminate it from our thoughts. We shift our thinking into the subconscious field so that it never comes back to haunt us as we bite into a bloody steak or as we huddle in our warm duvet. It is one of the most common defense mechanisms of our mind.

6) Denial: are we unable to counteract a reality presented to us in all its crude violence? Then we deny it: «Don't even tell me about it! I don't want to know, don't make me think about it! ». This is how we inhibit any reaction to cruelty of the carnivorous system, deluding ourselves that a spectator seat is better than the role of the executioner. But the victim is already on our plates and every day she looks at us through the glassy eyes that someone took out of her so that we could feed on them without feeling any sense of guilt.

add a comment of The psychology of the carnivore: this is why we continue to eat animals (# festivalveg2013)