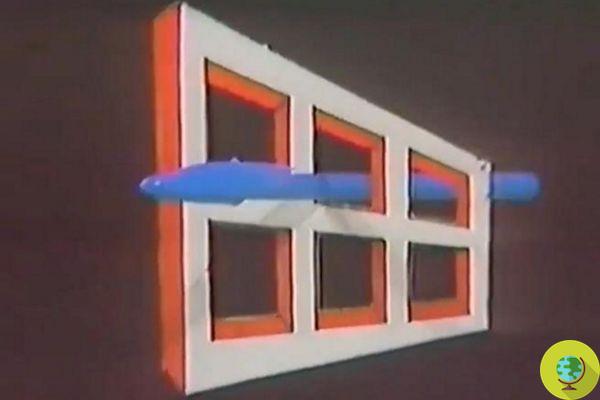 There are optical illusions that continue to fascinate entire generations. This is the case of the so-called Ames window, an optical illusion that has recently become popular on Twitter. In reality, it is an old trick, which became known thanks to an episode of the television program of the 70s entitled "The Curiosity Show", in which the presenter showed the public the "magic" (which actually has a scientific explanation ).

this illusion broke my brain ? pic.twitter.com/BvgO2TcwFE

The video, shared a few days ago on Twitter by a very active young man on social media, got over 2 million views and bewitched users. In the video we see the presenter showing a cardboard structure with six windows to the audience at home. The shape of the cardboard is that of a trapezoid and the two sides are identical. After hanging the cardboard by a thread, he lets it dangle, explaining that he is rotating 360 degrees, he too appears to be swinging from right to left and vice versa, rotating 180 degrees and returning to his position. Shortly after, the man inserts a pen, inserting it in one of the windows and then letting the cardboard hang down again, stretching it by the thread.

What happens is unbelievable. In fact, it appears that the pen is rotating, literally passing through the cardboard structure. A fascinating, almost magical phenomenon, given by an alteration of our perspective.

I had to prove to myself so I quickly rendered this in blender and my brain still in "wait what?" mode. #AmesWindow #b3d #blender #opticalIllusion https://t.co/yIZZh9g7Fw pic.twitter.com/dr3U7X2CcK

In reality it is an illusion that exploits the same principle as the most famous Ames room, a room designed with a distorted shape in such a way as to alter our perspective. It was conceived by the American ophthalmologist Adelbert Ames, from whom the illusion takes its name, in the 40s of the last century. The Ames room was built to appear from the front as a normal parallelepiped-shaped chamber, with parallel vertical side walls and a ceiling and floor parallel to the horizon. In truth, however, the floor plan of the room has the shape of a trapezoid, the walls are divergent and both the floor and the ceiling are inclined.

Consequently, as a result of the illusion, a person standing in one corner of the room appears gigantic, while another person in the opposite corner appears tiny. A particularly impressive optical illusion that is often offered in some museums, such as the Museum of Illusions, which was recently inaugurated in Milan. 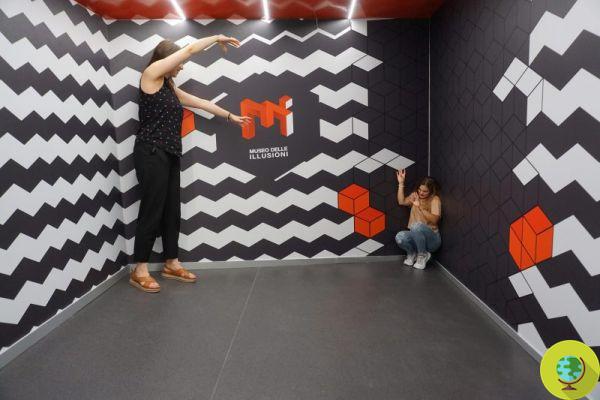