The Monty Hall paradox: change is frightening even when it is the most mathematically correct choice

Even if situations have changed, it is not easy to change the choices already made. The two lessons to be drawn from the Monty Hall paradox.

Even if aspects (facts, opportunities) of our life change, we often do not question the choices we have made previously. We do not do this even if modifying them could be advantageous for us. This "resistance to change it is explained by many with the Monty Hall paradox.


Incidentally: Monty Hall is the pseudonym of Maurice Halprin, host of an American prize game in which it was a question of identifying in which of the three doors a prize was hidden. The paradox that took his name is a problem of probability theory; une of his most famous formulations is the one sent to the column kept by Marilyn vos Savant (holder of no less than a Guinness record for the IQ) on the weekly "Parade":

“Suppose you participate in a prize game, where you can choose between three doors: behind one of them is a car, behind the others, goats. Choose a door, say number 1, and the prize game host, who knows what lies behind each door, opens another door, say 3, revealing a goat.

So he asks you: "Would you like to choose number 2?". Should you change your original choice? "

We immediately remove any possible doubt: the mathematically correct answer is yes. It would be better to change. The chances of success, victory, would increase.

But from the calculation of probability to our life, how to make the leap? 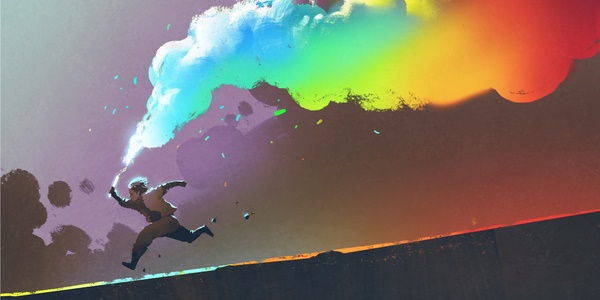 “As always - he says Sara Diani, doctor and independent researcher - we can take inspiration from mathematical riddles to ask ourselves questions that concern us, to reflect and to find solutions in a creative way too ".

“Monty Hall” presents us with two themes: on the one hand ours readiness and flexibility to change, despite the uncertainty, our initial choices; on the other hand, the paradox between mind and heart, in short, the conflict between "rationality" and "irrationality".

“As for our choices - observes the researcher - the response is clear: the chances of seeing the car increase by changing the door. Translating this data into our daily life means trying to be more aware of our choices, our decisions and their consequences, re-evaluating them, refining them almost in real time as events change, to improve our situation and beyond ".

The topic becomes "hotter" when we move on to consider rationality and irrationality:

“Our society rewards higher cognitive functions, tries to measure intelligence with IQ, tries to build robots (ie artificial intelligence) based above all on calculation capacity, on performing single complex and rational functions. We are in the schizophrenia of the praise of rationality, as if this were a concept in its own right and independent of everything else. In reality, only if we have a harmony between our bodily, emotional and rational parts can we act in a balanced way, as sentient beings as we are ".

The so-called paradox between rationality and irrationality, mind and heart is therefore quickly resolved: rationality could not exist without a good functioning of the other components.

“In practice - he concludes Sara Diani - it is only if we let the heart speak that the mind can express itself in all its beauty and power. That is, it increases the range, the possible palette of our actions and behaviors. It is as if the primary colors were born from black and white and, from a mixture of these, the secondary colors. Then all the possible shades are formed: this is how we can admire the different use of colors, for example in Van Gogh, De Chirico, Kandinski ”.

Il Monty Hall paradox reminds us that being attentive to what happens, ready to evaluate both with the mind and with the heart the possibility of changing our decisions - on the basis of the new variables that gradually arise - increases our chances of living fully, flowing with the opportunities that life offers us. If it is a risk, it seems not bad to take it.

add a comment of The Monty Hall paradox: change is frightening even when it is the most mathematically correct choice