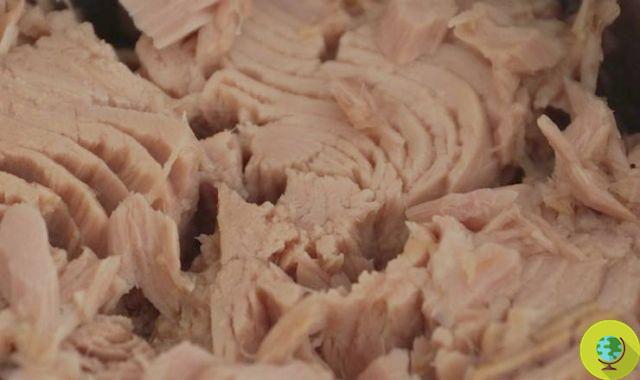 How many times, preparing a plate of pasta or a salad, have we opened a can of tuna and let the oil drain in the sink?

How many times, preparing a plate of pasta or a salad, have we opened a can of tuna and let the oil drain in the sink?


A mistake that none of us should make anymore. Because even the preservation oils of canned foods (tuna, mushrooms, artichokes, seasoning for rice, etc.) must be disposed of correctly and delivered to collection centers together with vegetable oils and animal fats used for frying.

Why pick it up? By collecting used edible oil, including that from tuna cans, we protect water and the environment. Each citizen produces about 3 kg per year (national average) of oil deriving from the preservation of food, cooking and frying, but only a quarter is recovered. Yet, if dispersed in the environment, used vegetable oil can be highly polluting for the subsoil for the flora, for lakes and rivers.

Furthermore, pouring the oil directly into the sink causes clogging of the pipes, problems with the sewer pipes and the functioning of the purifiers and produces bad smells in case of stagnation.

Waste oil, even in quarantine we correctly recycle tuna and frying oil

Leroy Mwasaru: the guy who turned his friends' poop into clean energy ❯