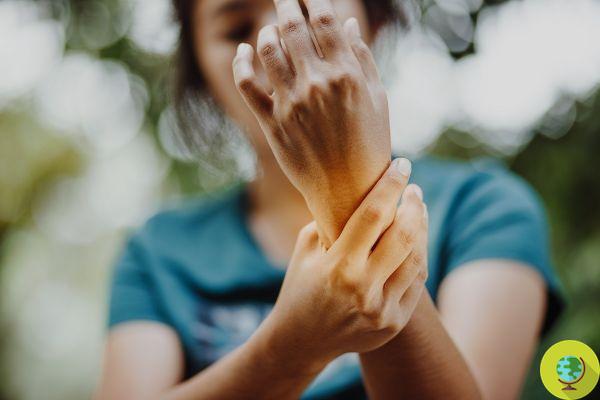 The Mediterranean diet helps prevent rheumatoid arthritis in smokers. Here is the study that proves it.

The Mediterranean diet can help prevent rheumatoid arthritis in smokers, the category most at risk. This was demonstrated by a study published in Arthritis & Rheumatology which focused on women smokers, and former smokers, precisely because they are at greater risk of developing this disease than men.


The research examined the diets of over 62.000 women who followed or did not follow a Mediterranean diet, highlighting a lower risk in the first, equal to 383 cases per million people per year, compared to 515 cases in the second group.

The reason is unclear but it may have to do with the anti-inflammatory properties of the Mediterranean diet and its ability to increase antioxidant levels, which likely offsets the increased oxidative effect of smoking, thereby reducing the risk of rheumatoid arthritis. caused by the latter.

The vegetarian diet improves the symptoms of rheumatoid arthritis. I study

The Mediterranean diet helps against the metabolic syndrome ❯

add a comment of The Mediterranean diet helps prevent rheumatoid arthritis in smokers. I study