The massacre of sugary drinks: they would cause 184 thousand deaths a year 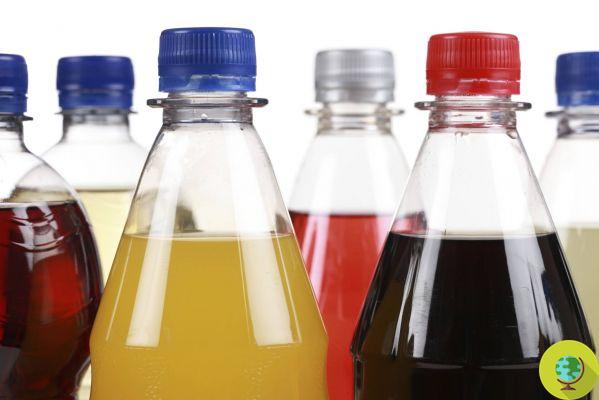 There are 184 thousand deaths a year caused by drinks full of sugar: from soft drinks to fruit smoothies, all but all sweet drinks are very harmful


Sweetened drinks, as tasty and (apparently) thirst-quenching as lethal. I'm 184 thousand deaths per year from drinks full of sugar: from soft drinks to fruit smoothies, all but all sweet drinks they could lead us to the gallows.

To say it is an estimate published in the magazine Circulation of the American Heart Association, which released an initial assessment of global deaths to be attributed to sweet drinks. The figure was obtained from the sum of about 133 thousand deaths each year for the diabetes, 45 thousand for malattie cardiachee 6.450 for cancer: in practice, according to the analyzes, all these diseases are linked to the abuse of sugary drinks.

Not only, therefore, sugary drinks make you age faster, but it is now confirmed that their excessive consumption is not good for us at all.

OUR OFFICE - The research was conducted by an American team from the universities of Harvard, Tufts and Washington, in collaboration with Imperial College London in the United Kingdom. The researchers analyzed 62 scientific studies on nutrition with data from over 611 thousand people, carried out in 51 different countries between 1980 and 2010 (almost two thirds of the world's adult population). Most of the victims are between the ages of 20 and 44, and Mexico is the country with the highest death rate, with 404,5 deaths per million adults.

According to the experts, these findings indicate the need for population-focused efforts to reduce the consumption of sugary drinks around the world, "through effective health policies and targeted interventions aimed at curbing obesity-related diseases."

READ also: DULCE AGONIA: COCA COLA AND THE BACKSCENE OF THE DIABETES EPIDEMIC IN MEXICO (VIDEO)

In short, there isn't not even a reason to continue drinking these drinks, not even that of get rid of the bad mood!

THE 10 WORST DRINKS FOR OUR HEALTH

add a comment of The massacre of sugary drinks: they would cause 184 thousand deaths a year