The ketogenic diet causes weight loss but is dangerous. The warning from Harvard nutritionists about the risks 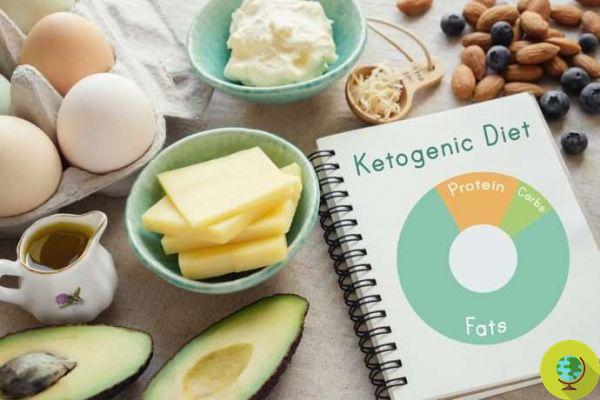 Is the ketogenic diet to be avoided? According to an American nutritionist, yes, especially if it is used only to lose weight. Mentioned in the news because it would quickly lose weight being a high-protein diet, in reality this food plan is a therapy aimed at treating certain diseases and which, therefore, could also involve serious risks if used haphazardly.

The ketogenic diet, or keto, is basically a low-carb diet that tends to drastically reduce carbohydrates with the aim of returning the body to a particular metabolic state similar to that obtained by fasting.

Unlike, however, other high-protein diets, which focus, in fact, on proteins, a keto plan is focuses on fat, which provides up to 90% of the daily calories. And it's not the kind of diet to try as an experiment, experts say.

“The keto diet is mainly used to reduce the frequency of seizures in children
Warns dietician Kathy McManus, director of the Department of Nutrition at Harvard's Brigham and Women Hospital.

How it works and what is eaten on the ketogenic diet

As discussed extensively, the keto diet aims to "force" the body to use a different type of fuel. Instead of relying on sugar (glucose) derived from carbohydrates (such as grains, legumes, vegetables and fruits), the ketogenic diet is based on ketone bodies, a type of fuel that the liver produces from stored fat.

As for the grassi, the keto diet allows some "good" unsaturated fats in the daily regime such as, for example, walnuts, almonds, olive oil, but also avocado and tofu. But the problem is that the consumption of saturated fats from oils (palm, coconut), lard, butter and cocoa butter are encouraged in high quantities.

As far as proteins are concerned, there is often no distinction between lean proteins, called “noble” ones, and proteins with a very high content of saturated fats, such as those of red meat. All carbohydrates are also banned, including pasta, vegetables and fruit (for example, Brussels sprouts, asparagus, peppers, onions, garlic, mushrooms, cucumbers and courgettes are allowed. celery, cauliflower and broccoli).

The ketogenic diet, all the risks

A ketogenic diet has numerous risks. At the top of the list is the excessive presence of saturated fat. Kathy McManus recommends keeping saturated fat at no more than 7% of daily calories due to the link to heart disease. And indeed, the keto diet is associated with an increase in "bad" LDL cholesterol, which in turn is linked to heart disease.

Other potential risk risks include:

You may also be interested in the following diets:

The Mediterranean diet helps to become a dad ❯

add a comment of The ketogenic diet causes weight loss but is dangerous. The warning from Harvard nutritionists about the risks