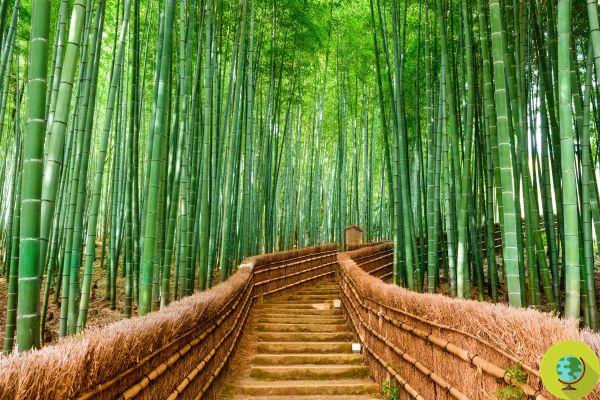 In life it is inevitable to face difficult moments and it is important to hold on, as this Japanese legend of bamboo teaches.

There are moments in life when everything seems lost, in which every effort seems to have been in vain. Steps that are inevitable for anyone, but which can be faced with a different spirit, just as this Japanese tale of bamboo tells.


Legend has it that two farmers walked around the market, when their attention was caught by some unknown seeds. They asked the seller what they were and he replied that they came from the East and that they were special. But he did not reveal why to the two onlookers, telling them that if they bought them and planted them, giving them only water and fertilizer, they would find out for themselves.

The two farmers bought them and both planted them, following the seller's suggestions. A period passed and nothing happened, although other plants were already in bloom and bearing fruit. One of the two he complained that those seeds were a scam. Since that time he didn't care anymore. The other farmer held out and continued to fertilize them. However, nothing happened.

It had been so long that even the most tenacious farmer was on the verge of giving up, but one day he finally saw a bamboo grow. And in just 6 weeks the plants reached a height of 30 meters. During the long period of inactivity, the bamboo had generated an articulated root system, thanks to which it could then flourish for a long time.

What does it mean? That we don't have to want to get everything right away and that in the hardest moments, apparently meaningless, they take it patience and perseverance, secrets of resilience, and perhaps even a pinch of faith in life. Legend also teaches that without roots we are lost, and while making them grow requires a lot of effort, it is essential to work hard for them to be solid and long-lasting. A base without which we are leaves in the wind!

Another thing that Japanese history teaches us is theinevitable alternation of ups and downs, in any context, which must not be fought but accepted. As well as the alternation of dark and light, activity and passivity, "opposites" that cannot exist without each other, as nature teaches us.