The hottest peppers in the world, the Hot ranking

Are you a chilli lover? This spice is good and is good for you but in some cases it is very, very spicy! Do you know which are the hottest peppers in the world? Here is the updated ranking for 2018.

Are you a lover of Chili pepper? This spice is good and is good for you but in some cases it is very, very spicy! Do you know which chillies are the most "hot" in the world? Here she is standings updated to 2018.


All over the world, passionate pepper growers are always trying to create new varieties by making them even spicier and perhaps managing to climb the Guinness World Record. Even Ed Currie, creator of the current hottest chili in the world, The Carolina Reaper, does not give up and continues to work to do even better. Among other things, there are those who say that in reality the spiciness of its chili has already been surpassed by others (the news is not confirmed, however, as official tests are needed to prove it).

We remind you that the spiciness of peppers is classified in SHU, an acronym that refers to the scale devised by the American chemist Wilbur Lincoln Scoville.

Currently the hottest peppers in the world are: 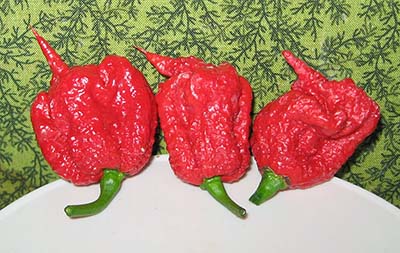 Originally called "HP22BNH7", this has been the hottest pepper in the world for some years (precisely since 2013), accessible only by the most intrepid palates (recently a man who participated in a tasting competition in the United States ended up in hospital due to the side effects of this pepper!). It was created by grower Ed Currie who runs a business in South Carolina. It is these days the news of a 34-year-old man who ended up in hospital after ingesting this pepper to win a tasting competition for these spicy fruits. 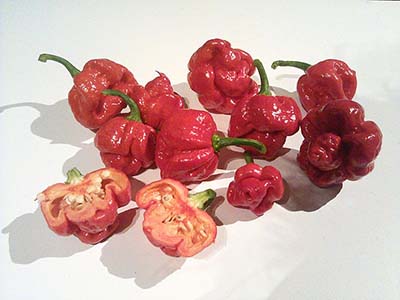 The Chili Pepper Institute of New Mexico State University identified Trinidad Moruga Scorpion as the newest and hottest hot pepper in the world in February 2012. Today, however, he lost the record, surpassed in terms of SHU by the Carolina Reaper. 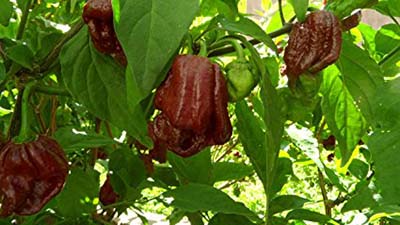 It comes from Trinidad and it is said that a single pod of this pepper is capable of spicing seven pots of stew (hence the name). It is a rare and extremely hot pepper that is characterized by its brownish skin and its surface with small irregularities such as "pimples". 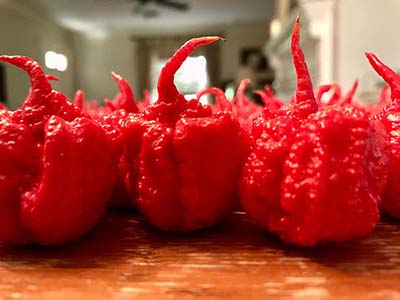 Created by Troy Primeaux, (nickname Primo), a Louisiana grower who crossed Naga Morich and Trinidad 7 Pot seeds around 2005 and has since developed them for 8 generations. The 7 Pot Primo can get very lumpy and crooked. It has a fruity and floral flavor but of course it is also super "hot". 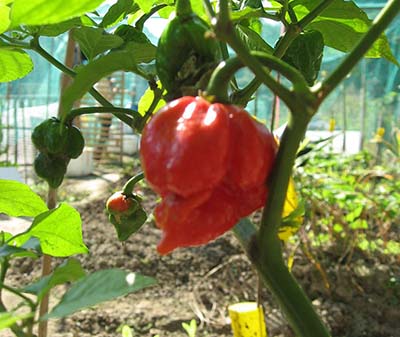 Created by Butch Taylor of Zydeco Hot Sauce and grown by the Chilli Factory, Trinidad Scorpion 'Butch T' was previously ranked the hottest pepper in the world but lost the title in February 2012. 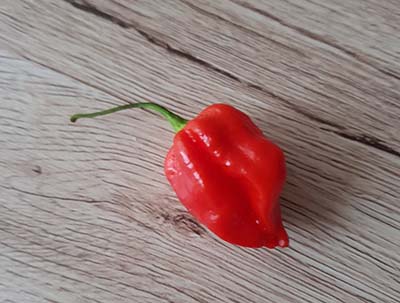 Komodo Dragon is grown by Britain's largest pepper producer, Salvatore Genovese who has a seven acre farm in Blunham, Bedfordshire where he spends his time trying to create even spicier varieties.

The Naga Viper chili variety was created in England by grower Gerald Fowler of The Chilli Pepper Company, based in Cark, Cumbria. It was briefly the "Hottest Chili Pepper in the World" in 2011 according to Guinness World Records. It is a hybrid produced by the Naga Morich, Bhut Jolokia and Trinidad Scorpion. 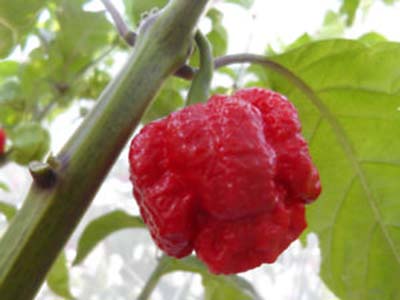 This variety is not a hybrid but was developed using selective cultivation i.e. specific plant pods that would produce certain desired traits. Created in 2010 by David Capiello, a well-known grower from North Carolina. 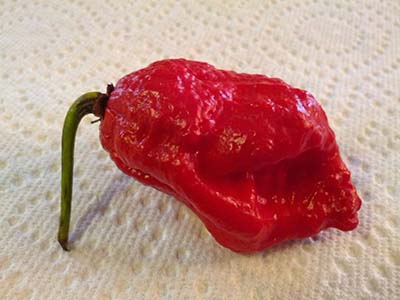 This variety comes from the Barrackpore region on the Caribbean island of Trinidad. It has an elongated shape similar to Bhut Jolokia but has somewhat larger and more wrinkled pods. 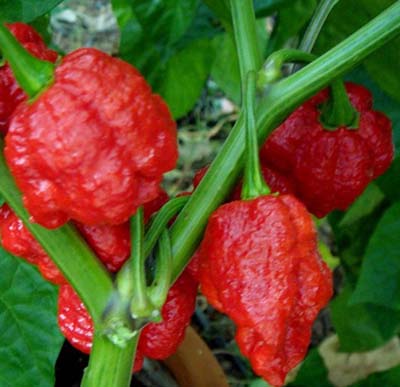 Pot Jonah is a plant that produces large, round pods with a fruity flavor. It can grow larger than a golf ball and weigh up to 14 grams. The surface of the pods is lumpy and has some tails. 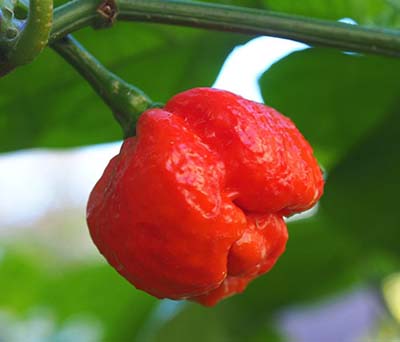 Infinity chili is a chili created in England by grower Nick Woods of Fire Foods in Lincolnshire. It held the World Record as the hottest chili in the world for two weeks in 2011, before being surpassed by the Naga Viper chili. 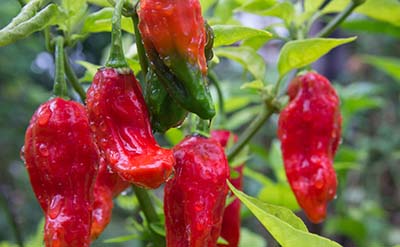 The UK's largest pepper grower, the aforementioned Salvatore Genovese, produces 500.000 peppers every week. In 2012 he launched the Super Naga.

We had told you instead of another super hot pepper that would even seem able to anesthetize and probably the current spiciness champion in the world (however, it cannot be said for sure as it has not yet been included in the Guinness Book of World Records). This is the Dragon's breath.

add a comment of The hottest peppers in the world, the Hot ranking