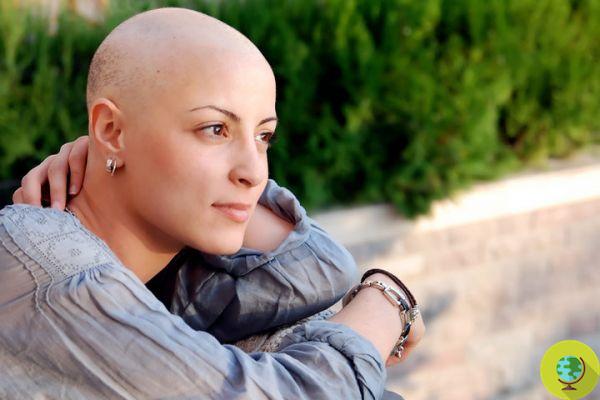 With early genomic testing, chemotherapy can be avoided in 70% of early breast cancer cases.

Breast cancer. With early genomic testing, chemotherapy can be avoided in 70% of early cancer cases. Not just extreme prevention: chemo, with all its side effects, can be averted for 30% of women for whom it can be expected that it will benefit. How will this be possible?


This is explained by researchers from Clinical Research at the Albert Einstein Cancer Center and Montefiore Health System in New York who highlight how genomic information can be used to decide in the best possible way on treatments in women in the early stages of cancer.

The American study "Tailor X", conducted on 10.273 women with the most common form of the disease and the largest ever conducted on breast cancer therapies, has in fact shown how it can be defined a tailor-made therapy for early stage cancer thanks to the screening of 21 cancer genes.

Basically, the researchers were able to understand how, based on a score obtained by analyzing the expression of certain genes through a test, it is possible to predict whether adding chemotherapy to hormone therapy is superfluous or not.

The results say that about 70% of women with the most common type of hormone-responsive, HER2-negative breast cancer with no lymph nodes involved, can avoid chemo with hormone therapy.

"Our study shows that chemotherapy can be avoided in about 70% of cases in women where the test is indicated, thus limiting the portion of patients for whom chemo can actually benefit to 30%," explains Joseph A Sparano, of the Albert Einstein Cancer Center in New York, deputy director of the Ecog-Acrin research group that conducted the study.

The test measures, with a score from 1 to 100 based on the expression of 21 genes, the risk of relapse after 10 years and specifies which patients may benefit from chemo. This is an analysis conducted through a biopsy on a tissue sample: women with low scores (0-10), for example, should only receive hormone therapy and those with high scores (26-100) hormone therapy plus chemo.

Before the test, explains study manager Joseph Sparano, of the Albert Einstein Cancer Center in New York, “there was uncertainty about what therapy was right for women with an intermediate score of 11-25. Now the study gives a definitive answer: chemo can be avoided in 70% of patients with initial cancer, limiting it to the 30% for which it will benefit. In fact, in a 7,5-year follow-up period of the study, it was shown that hormone therapy alone was no less effective than chemo plus hormone therapy, in patients with a score of 11-25, in terms of survival and recurrence of the disease " .

According to the authors of the research, therefore, chemo would be superfluous in patients over-50 with a score of 0-25 and for patients under the age of 50 with a score of 0-15. This study, commented the expert Asco Harold Burstein, "from now on will transform the therapy and will do it for the better, because thousands of women will be able to avoid chemo, with all its side effects, while continuing to achieve excellent results over the long term. period".

That said, let's not forget that the prevention it is vitally important. Always dedicate yourself, every six months or annually (depending on age), to a check-up visit and normal screening exams and learn to recognize all the signs of any abnormalities.