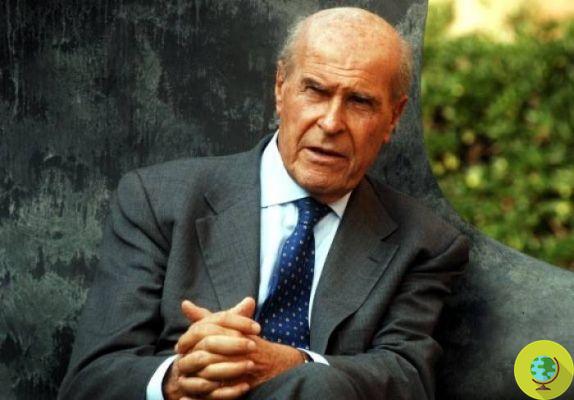 We have always said it and reiterated it on several occasions: health begins at the table, with proper nutrition. But today, to confirm this healthy principle, of which we have always been great supporters, is Umberto Veronesi, scientific director of the European Institute of Oncology (Ieo) in Milan, who even claims that eating correctly and choosing healthy foods helps a lot in the fight against tumors. More than medicines do.

We have always said it and reiterated it on several occasions: the health starts at the table, having a Proper nutrition. But today to confirm this healthy principle, of which we have always been great supporters, is Umberto Veronesi, scientific director of the European Institute of Oncology (Ieo) in Milan, who even claims that eating properly and choosing healthy foods helps a lot in the fight against cancer. More than medicines do.

According to the scholar, in fact, who spoke at one of the meetings of the cycle "Live in health " promoted by the La Sapienza University of Rome, the prevention is key and to prevent diseases we must start from the table, because it is precisely the type of diet that affects our health the most and provokes the largest number of neoplasms in the world, a number that exceeds those given by the smoke.

In short, among the main causes of cancer we find: bad eating habits (35%), tobacco (30%), viral infections (10%), reproductive factors (7%), work activity, stress that entails and smog (4%). “What we eat - Veronesi said - is a fundamental element for our life. Eating food means choosing and this choice can be very important to protect us from various diseases, starting with tumors. 35% of these are due to what we eat, which can act undisturbed on our organs ".

But there is more. To prove his thesis, Veronesi showed some slides stating that certain types of tumors, such as that of the colon, "are very rare in countries where no meat is eaten", while fruit and vegetables have a protective action: "The higher the their consumption - Veronesi recalled - decreases the risk of the onset of a tumor because they contain 'an army of anticancer molecules' ".

In fact, Veronesi's position in favor of the vegetarian diet is well known, also reiterated in our interview with the professor in recent months, but this time he is also keen to indicate the most beneficial vegetables in terms of cancer prevention: "Strawberries, green tea , garlic, cabbage, broccoli and tomatoes "and others of import such as turmeric, “Present for example in curry”. "On the island of Okinawa - said Umberto Veronesi -, where turmeric is consumed daily, there is a presence of over one hundred year olds that exceeds that of other countries in the world by 10-15%".

“If the deaths from cancer have decreased - concluded the scientist - the credit goes to prevention, which also had a great importance on the incidence and curability. Now we want to aim to identify the protective factors contained in foods that help fight cancer “.

add a comment of The first weapon against cancer? Proper nutrition. Veronesi's word